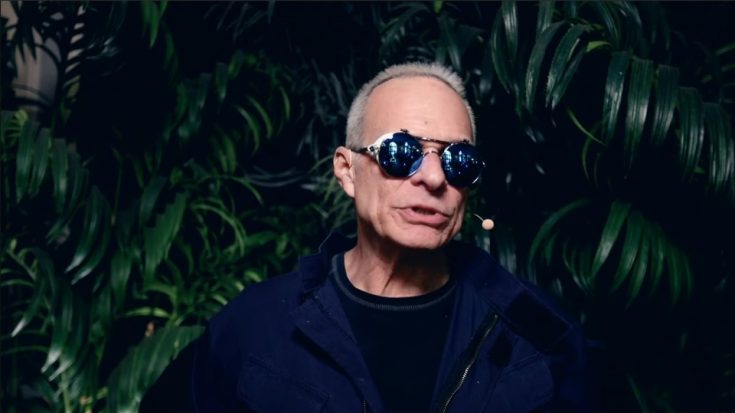 Van Halen’s David Lee Roth reveals a raunchy story on his new Youtube podcast, The New Roth Show. It involved an account with an ex-girlfriend at that time, and a heart-pounding encounter for the books.

He details this girlfriend’s appeal and impact to everyone around her with a solid, full-on retelling:

“Dot was out of this world for twenty-five other reasons but I want you to know exactly the visual of this. I have the blue chopper with these steer horns, remember Tarzan in front and leather everything. Dottie has to leather everything except Dottie has a fringe that doesn’t stop when Dottie does,” Roth continues. “So, Dottie will stop and everything else does this [Roth motions] and so does everybody else in the room. Dottie could walk into the Troubadour bar, which was more important at that time than the showroom inside and there would be, say, even a thousand guys, when Dottie would walk in, the aggregate total IQ of all the people in that room would be less than people in it. Do that math.”

Another even grittier account of Roth hitting two birds with one stone came around, “The running story for me was that I got laid twice but only visited that lady’s room once. It was with two girls. In those days it was a mighty time, using protection meant having security watch the door.”

Check out the whole episode by clicking on the video below!