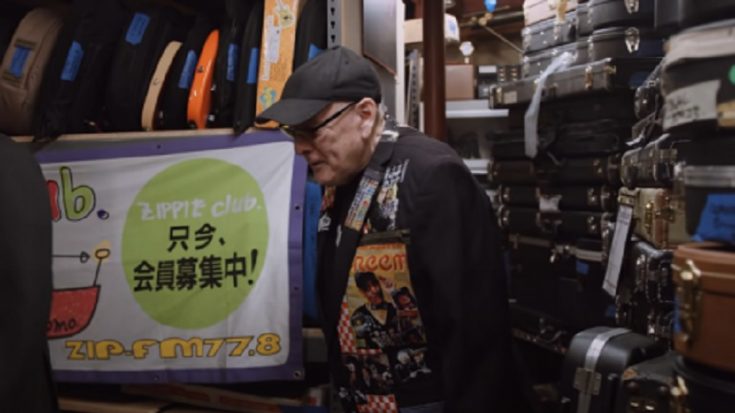 In the latest installment of the Gibson Series entitled “The Collection”, Rick Nielsen of Cheap Trick gives a tour of his well-beloved guitars.

Gibson TV referred to Nielsen’s collection as “a total head-turner.” The enclosed caption reads: “In the latest episode of “The Collection,” host Mark Agnesi heads to Rockford, IL, to visit the godfather of guitar hoarding. Rick Nielsen, the lead guitarist for Cheap Trick, takes us through his cavern of guitars. Ranging from quirky and strange to the ultimate rare and last of its kind. And in a “The Collection” first, Rick shows off three original 1958 Explorers out of only nineteen in existence.”

“While Rick’s guitar bevy is superior to most, what’s striking is his irreverence for ‘value’ in a world full of collectors and purists,” the channel further adds. In Rick’s eyes, the guitar belongs to him, and how pristine the guitar is doesn’t really matter. His passion for guitars and the guitar world is apparent as he is still adding to the vault. Follow along as Rick takes us through his fantastic collection.

The video takes us on a tour of Nielsen’s private guitar collection which was introduced point-by-point. Among those are his favorite go-to guitars, the ones that he used on any Cheap Trick shows, and many more. You can watch the full video down below.