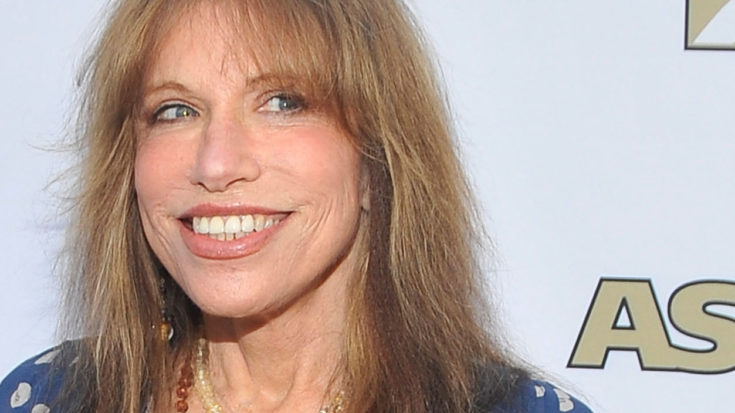 Totally Worth The Wait!

Nearly half a century after it was written, Carly Simon’s 1972 megahit “You’re So Vain” is a living, breathing piece whose vague yet oddly specific hints ranging from apricot scarves to Lear jets bound for Nova Scotia still raise more questions than they answer – but last week found Simon, now 72, unlocking one of the biggest mysteries of “You’re So Vain” with the world’s first glimpse into the song’s famed ‘lost’ fourth verse.

Sung by Carly Simon for the first time ever on BBC’s new documentary, “Classic Albums,” the lost verse proves to be fairly damning as  another character is introduced – this time, a married man with his sights set on Simon who earns swift rebuke from the singer songwriter:

A friend of yours revealed to me / That you loved me all the time / Kept it secret from your wives / You believed it was no crime / You called me once to ask me things / I couldn’t quite divine / Maybe that’s why I have tried to dismiss you, tried to dismiss you

As for the verse’s origins, Simon revealed that she’d actually written it decades ago “on a pad but it never made it into the song,” not thinking that she’d ever get a chance to revisit it. Now that she has, one mystery of “You’re So Vain” has been solved but opens up yet another as we’re forced to rack our brains, wondering just who the hell this new character is!