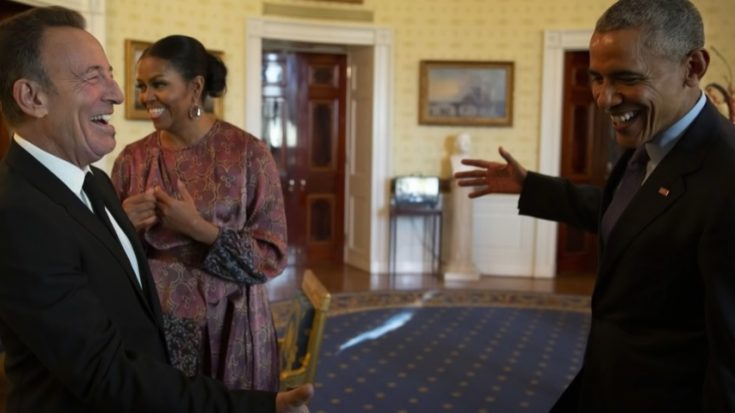 Former US President Barack Obama and iconic rocker Bruce Springsteen unveiled their new collaboration in the form of the podcast, which is titled Renegades: Born in the USA.

Streaming giant Spotify has announced on Monday that the new podcast series will sport Obama and Springsteen discussing topics under the sun, including the state of affairs in America, marriage, and race, among others. In a statement, the company said: “It is a personal, in-depth discussion between two friends exploring their pasts, their beliefs, and the country that they love — as it was, as it is, and as it ought to be going forward.” The two first met each other in a 2008 campaign run, and have been close friends since then. It can be noted that Springsteen was awarded by Obama a Presidential Medal of Freedom back in 2016.

This isn’t the first podcast deal that Spotify has sealed with an influential figure, as personalities like Joe Rogan, Kim Kardashian, and the Russo Brothers, among others, have signed exclusive deals with the company for their own podcasts. Spotify struck a deal with Obama’s production company, Higher Ground, to get the ball rolling, apparently in an attempt to compete with veterans in the field like Apple and Amazon. This is the second time Spotify has worked with Higher Ground, as it can be remembered that The Michelle Obama Podcast was highly successful upon release last year.

In the first episode released, the former US President says that he and Springsteen do not have a lot in common, but the two have core values that aligned with each other, making it easy for either to relate to their way of understanding America and its workings.