Brian May Shares His Guitar Techniques In 1983’s Star Licks 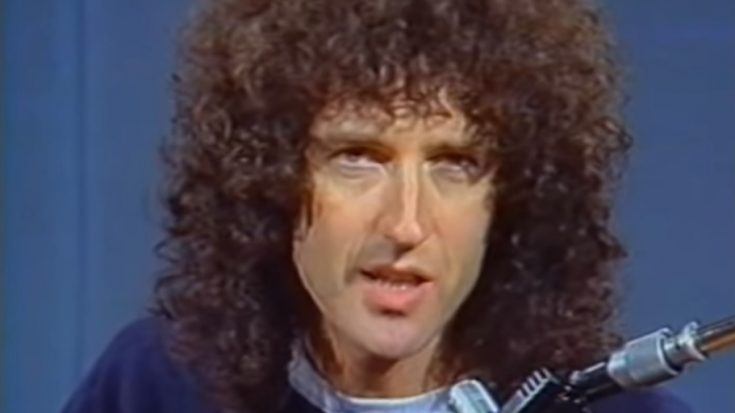 Brian May for Star Licks, 1983 - Brian May Official / Youtube

As we all know, Queen’s Brian May is arguably one of the most versatile guitarists in rock. From classical, metal, and even funk, May was equipped with a skill set that was on another level from his contemporaries.

In 1983, the guitarist shared his knowledge – as well as tips and tricks on how to play some of Queen’s songs – in a program by Star Licks Productions. The show already had some renowned axmen grace its set, like Tony Iommi, Albert Lee, and Steve Lukather, to name a few. It was just fitting to have May join the fray with his own educational video.

The Queen guitarist featured his gear and techniques in his very own Star Licks episode, along with a playthrough of some of his solos. May also ran through a couple of Queen songs, some famous and some lesser known, which included: “Brighton Rock,” “Tie Your Mother Down,” “Somebody To Love,” “It’s Late,” “Dead On Time,” “Put Out The Fire,” “It’s A Hard Life,” “Keep Yourself Alive,” Jesus,” “Father To Son” and “Crazy Little Thing Called Love.”

The program was directed by Mark Freed and Robert Decker and was filmed at Sarm West, London, England. In a note by Brian May, he says: “Mark initially came to me with an idea for making audio cassettes of guitarists explaining their techniques. It seemed a good one and we arranged to meet and make it happen. But I said … if we’re going to the trouble of recording this stuff, why not film it as well, and make it into a Video Cassette ?! So we made a ‘pilot’ video, and people liked it, and this became the template for a whole collection of videos which, I think, stand up very well to this day.”