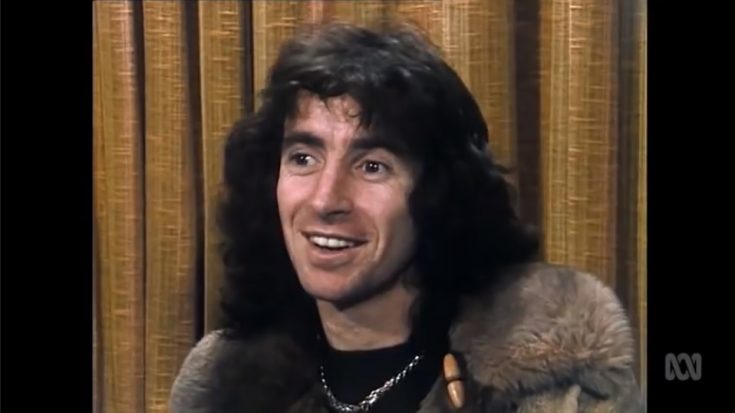 Bon Scott, a legend in his own right, was the lead singer and lyricist for AC/DC from 1974 until his untimely death in 1980. During his time with the band, the singer established himself as one of the most phenomenal leads in rock music, a reputation that has endured long after his death.

As a follow-up to their 1978 self-titled debut album featuring Scott, AC/DC dropped “Highway to Hell” in 1979. The album was a commercial success, cracking the top 20 in the United States. Scott tragically passed away on February 19, 1980, from acute alcohol poisoning, months after the release of the song. Yet, prior to that, the rock star was sure that one of their albums would make them rich before his untimely death.

It was Bon Scott’s hope that AC/DC would break through with Back in Black, as his mother, Isabelle Cunningham “Isa” Mitchell, has stated. He also anticipated becoming a multimillionaire after the release of the record. This conversation with his mother took place in 1979, just two months before Scott passed away.

“The last time we saw him was Christmas ‘79, two months before he died,” Isa told Pop Matters. “Bon told me he was working on the Back In Black album and that that was going to be it; that he was going to be a millionaire.”

He was also correct, as Back in Black went on to become the second best-selling album of all time and a major breakthrough for AC/DC. Unfortunately, Bon Scott did not live to see the success of the album that was dedicated to him.