Bob Kulick Passes Away At 70 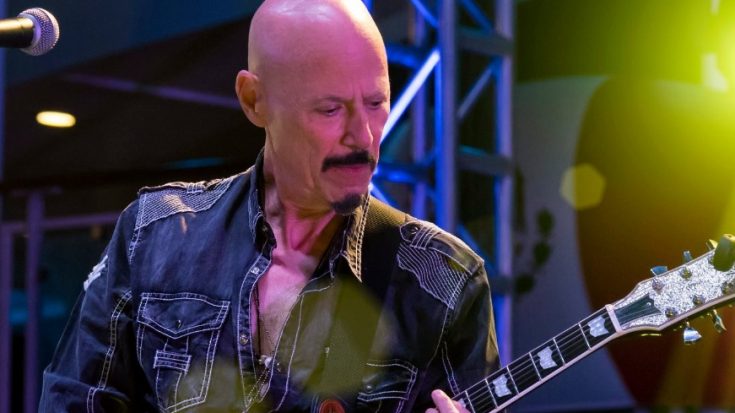 Guitarist Bob Kulick, known for his studio and touring work with acts like KISS, Meat Loaf, and Lou Reed, has passed away at the age of 70. This was reported by his brother Bruce on a Facebook post.

“I am heartbroken to have to share the news of the passing of my brother Bob Kulick. His love of music, and his talent as a musician and producer should always be celebrated. I know he is at peace now, with my parents, playing his guitar as loud as possible. Please respect the Kulick Family’s privacy during this very sad time,” Bruce wrote.

It all started out in 1972 when Kulick auditioned for KISS but was beaten by Ace Frehley, who came after him. He went on to do studio work, contributing lead parts on Lou Reed’s Coney Island Baby record of 1976. Other acts he worked with include Meat Loaf, Michale Bolton, W.A.S.P., and Diana Ross.

I am heartbroken to have to share the news of the passing of my brother Bob Kulick. His love of music, and his talent as…

He was also secretly recruited for KISS’ Alive II after Frehley missed out on it. Kulick then went on to earn recording and songwriting credits on the albums Unmasked, Killers, and Paul Stanley’s own 1978 solo LP. Bruce, Bob’s younger brother, joined KISS in 1984 to do lead guitar duties until Frehley returned in 1996 for a reunion tour.

The brothers got the chance to perform together for KISS during the band’s annual KISS Kruise in 2017. “It meant a lot to both my brother and I, the fact that we pulled it off so well and that it was so well received. It’s a good feeling. The love from the Kiss fans – it’s been a huge shot in the arm for my brother both professionally and emotionally,” Bruce shared.

In an interview with Ultimate Classic Rock in 2018, Bob said that he had no qualms in keeping his work with KISS a secret after all those years. “In this circumstance, being friends with Gene and Paul, it was important to me that when they said ‘This has to be between us and us only,’ that I’m going to keep my word. It’s all about integrity, and that’s how I’m able to keep going,” he said.

“I make great music; I don’t settle. I never went for the easy way: ‘Oh, just take the money.’ I never did that, it’s just not me. I never recorded an artist and took their money if I thought they were below the bar line, like ‘this is going to be embarrassing.’ It wouldn’t help them, it wouldn’t help me,” he concluded.