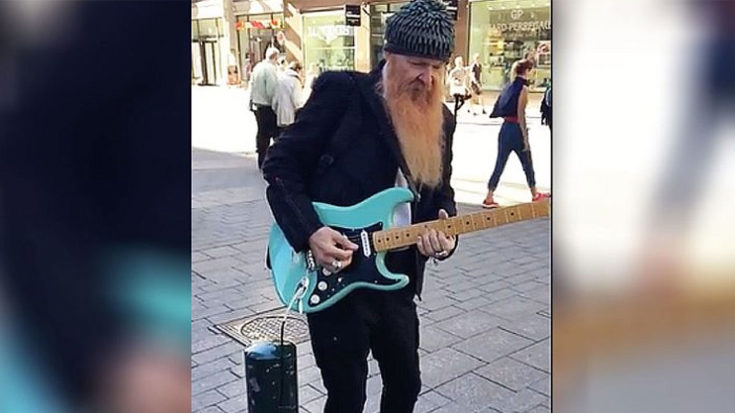 The legendary guitarist/singer for ZZ Top Billy Gibbons was just spotted playing guitar outside at a plaza of some sort. Now, as it appears from the video you’re about to see, it seems Billy was simply handed the guitar to play a couple of bars of blues improv.

Nevertheless, if you were walking down the street and saw Billy just playing guitar outside, you’d stop and WATCH! It goes without saying that the legend known as Billy is truly one of (if not THE) most iconic blues musicians of all time. He has a style that is often imitated; yet never duplicated. He is one of the best, pure and simple. See for yourself!