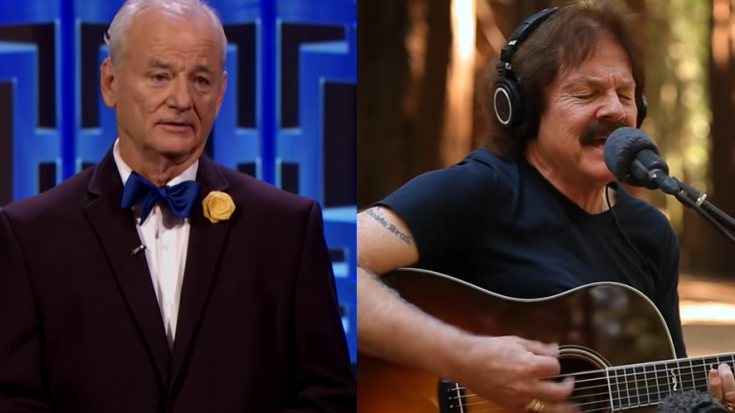 Bill Murray’s lawyer representative, in the interests of his golf clothing company, has responded to the Doobie Brothers claim that they were using the hit song “Listen To The Music” in commercials illegally.

The letter to Peter Paterno by Alexander Yoffe was posted on Twitter via the account William Murray Golf, taking a lyric from the said song – “What the people need is a way to make them smile” – along with several references to other Doobie Brothers cuts. After showing appreciation for the light-hearted approach especially in these trying times, he wrote: “We would also like to confirm that both our firm, and the good folks at William Murray Golf, are indeed fans of the Doobie Brothers’ music, which is why we appreciate your firm’s choice of ‘Takin’ It to the Streets,’ rather than to the courts, which are already overburdened ‘Minute by Minute’ with real problems.”

In the immortal words of the @TheDoobieBros—"What the people need is a way to make them smile."

Paterno’s cease and desist letter came to light on Wednesday, saying that Murray’s Zero Hucks Given tagline should be replaced by Zero Bucks Given. “This is the part where I’m supposed to cite the United States Copyright Act, excoriate you for not complying with some subparagraph that I’m too lazy to look up and threaten you with eternal damnation for doing so. But you already earned that with those Garfield movies. And you already know that you can’t use music in ads without paying for it,” he continued.

In legal defense, Yoffe said that he believed using “Listen To The Music” in the ads did not harm the band. He cited Paterno’s partner, Howard King, who unsuccessfully argued that “Blurred Lines” by Robin Thicke didn’t infringe upon Marvin Gaye’s “Got To Give It Up”.

Yoffe didn’t shrivel in Paterno’s claim that Murray’s shirts were ugly, however, saying that “75 percent of my wardrobe consists of William Murray polos, shorts, and pants”. Yoffe also offered to send “which one of our client’s shirts you find the least offensive” to the band and Paterno so that they might change their minds about the quality of Murray’s clothing line.