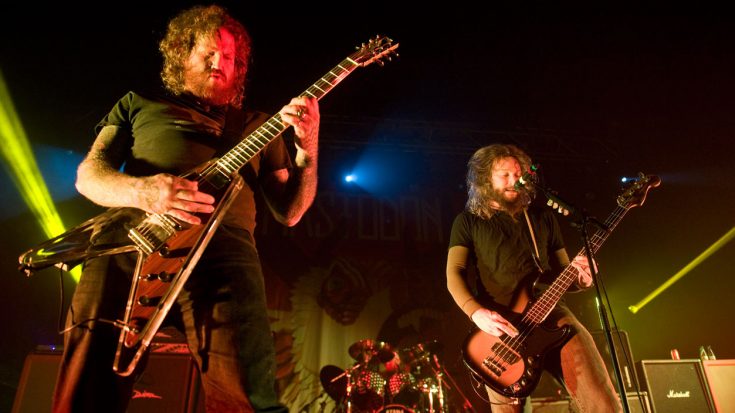 Now THAT’S How You Do A Cover!

With one of the decade’s most lauded metal albums under their belt and a host of others to their name, it’s no surprise that Atlanta rockers Mastodon were able to take a rock classic and spin it into pure magic.

The cover, a brand new take on Led Zeppelin’s epic “Stairway To Heaven” from the band’s 1972 album Led Zeppelin IV, is nothing short of a good time – one that finds Mastodon sticking faithfully to the original blueprint when crafting their version for their tribute to late manager Nick John, who died in 2018 after a lengthy battle with cancer, and the result is one of the coolest – and most faithful – covers we’ve ever heard.

Our cover of Stairway To Heaven is out today for Record Store Day! Grab a copy at your local record store! #mastodon #recordstoreday #ledzeppelin #nickjohn

Adding traditional Southern rock elements in the form of dueling slide guitars and a punishing rhythm section set against the vocals of drummer Brann Dailor, “Stairway To Heaven” as interpreted by Mastodon proves to be a cosmic brew of the bluesy rock sound that drove Led Zeppelin, and the progressive metal sound that’s come to define Mastodon over the years.

We didn’t know their manager, but we do know this: this is absolutely a tribute fit for a loved one, and we’re sure he’d have loved it as much as we do. Check it out in the audio below!