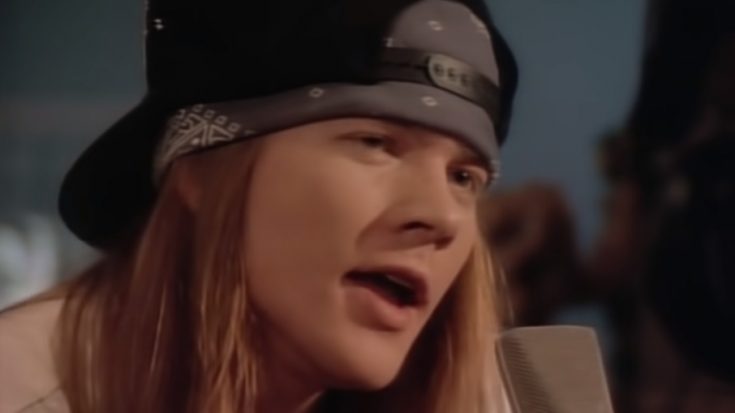 The Axl Rose that we know of today has mellowed down for his age. Yet, one couldn’t erase the past that easily; especially if you have the personality that could easily trigger any being that comes your way.

Lucky for us, we’d still get a glimpse of the past in this 1988 video of Rose in a backstage interview during the Monster Of Rock festival at Donington Park. In the clip, the interviewer asked the singer about his opinion regarding KISS and Iron Maiden, who also shared a bill with the nouveau superstars, Guns N’ Roses.

“I liked Kiss in their early days,” Axl responds. “I think the only thing we have in common with KISS now is that they like to make money and they like girls… but basically their music is second fiddle to their other desires. Our music comes first.”

The real scornful comment came right after, when Rose was questioned if there’s anything that GNR and Iron Maiden have in common: “I hope not,” Axl smirks.

He continued: “Theirs is completely different to ours, and I think theirs doesn’t have anything to do with rock ’n’ roll as far as I’m concerned. We’re a rock’n’roll band, and what they do is what they do; I don’t know what it is and I hope to never be like that.”

It seems like the bad blood looks new between the two groups, but the real deal between them came about a couple of years beforehand, when GNR opened for the metal group but were a bit perplexed when they found out that they were prohibited to soundcheck. And, in a true Axl Rose fashion, he deliberately made fun of Iron Maiden in front of the audience right after, which didn’t sit right with the metal heroes.