As The Rock & Roll Hall Of Fame Ceremony Approaches, One Band Has Been Ignored For The 19th Straight Year 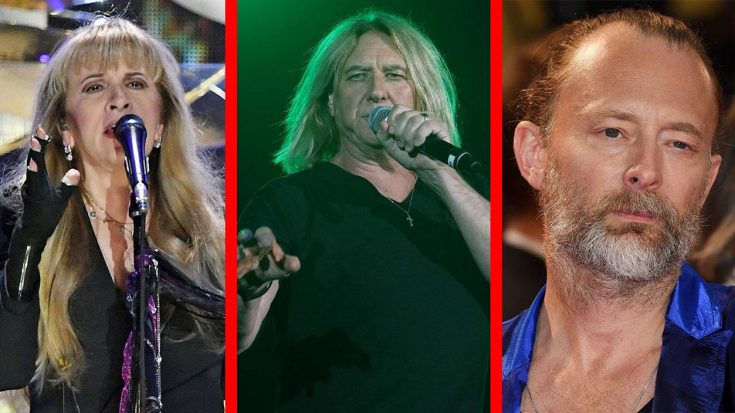 Some Bands Just Never Get Justice…

From its very incarnation in 1983, the Rock & Roll Hall of Fame has been the target of some very harsh criticism for not inducting bands that fans truly believe belong in there. While many legendary rock bands have gotten what they deserve in terms of being inducted, there are still many acts that continue to be ignored much to the dismay of loyal fans all over the world.

The fan vote for the 2019 Rock & Roll Hall of Fame has just wrapped up and while it’s not the end all be all of the Hall’s final decision, it does play a huge part. The fan vote reads as seen below.

With Def Leppard and Stevie Nicks leading this year’s nomination, it seems as if this upcoming induction ceremony is going to be a good one, and while everyone on this list is deserving of being inducted, there is one band that is being snubbed once again… Judas Priest.

Judas Priest have been eligible since 1999 and are a band that fans consistently petition to get inducted arguably the most. But according to a blog posted on Future Rock Legends, Judas Priest, surprisingly, did “horrendously” is this year’s fan vote claims an undisclosed rock hall committee member, which is a little surprising considering how close the band came to being inducted earlier this year.

In fact, it was just 10 months ago that Judas Priest frontman Rob Halford read the insulting rejection letter he got from the Hall live on radio.

*ROB HALFORD* of JUDAS PRIEST shares his "REJECTION LETTER" from the 'ROCK AND ROLL HALL OF FAME' with Mark & NeanderPaul on 100.7 KSLX, Phoenix. MUST SEE!!! (Video by Kenny HB Johnson)

Now of course, Judas Priest aren’t the only band to be continuously snubbed, as it’s stated in the above video, Black Sabbath, The Beastie Boys and The Yardbirds were all eligible for many years before getting inducted, but at this point it’s seeming like Judas Priest are slowly becoming the ones that get snubbed the most, or at least in the most insulting fashion.

What do you make of this? Would you like to see Judas Priest inducted, or do you think it doesn’t make a difference either way? Let us know your thoughts in the comment section!