All The Times The Rolling Stones Members Got Arrested 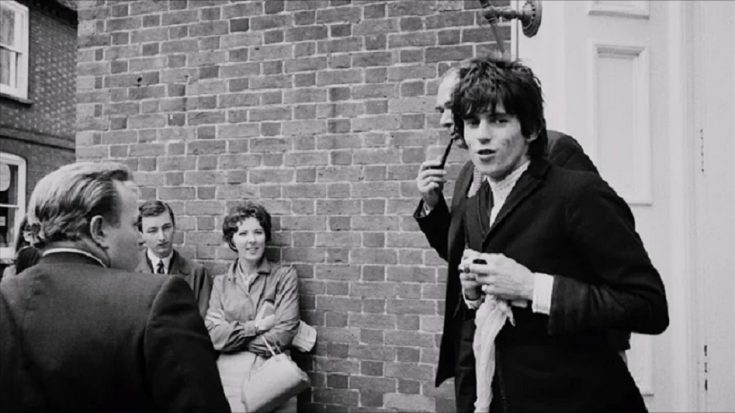 Becoming one of the biggest rock and roll bands in history, there’s always room for controversies, highly-publicized issues, etc. With these nine stories of the Rolling Stones bumping shoulders with the law, you’ll realize that not only are they the longest, biggest rock band in the world, they’re also the maddest.

The Rolling Stones’ first encounter with the law happened inside Keith Richards’ home when someone tipped the authorities about the alleged drugs inside. Both Richards and Jagger were arrested and received harsh sentences. Eight weeks later, the sentence was dismissed.

Two months after Keith and Mick’s arrests, Brian Jones was also arrested for the possession of marijuana inside his apartment. He was given a fair warning.

Just a year after his arrest, Brian Jones was once again arrested for marijuana. A psychiatrist appealed to the court regarding Jones’s mental health issues, and it was resolved.

Just days later after Jones’s arrest, Mick Jagger with his then-girlfriend Marianne Faithfull got arrested for Marijuana possession. The arrest coincided with the release of a Stones’ classic, “Jumpin’ Jack Flash.”

Seems like trouble seems to follow wherever they go. The duo got arrested just in time for a Stones concert in Boston. The mayor had to release them in personal custody just to keep the show rolling.

A solo trip of Keith to jail from a scandalous bust inside his London home. Richards’s stack was composed of numerous drugs, paraphernalia, and a loaded rifle.

The story goes like this: after leaving from lunch, Keith Richards and Ronnie Wood drove on the streets of Fordyce, Ark., where they were pulled over for reckless driving. The car was searched and the cops found less than two grams of cocaine. Although they were let go, it was noted that Richards was carrying a hunting knife, an illegal weapon.

The last blow for Richards happened during the Canada incident back in 1977 that could’ve been the end of The Rolling Stones. Sentenced for the possession of heroin, he was jailed until April of the same year, until charges were dropped due to Richards’s empathy to a blind woman at a Stones’ concert. He was tasked to perform a benefit for the Canadian National Institute for the Blind.

Wood was arrested for a “cautioned” assault after an argument with his then-girlfriend at that time.