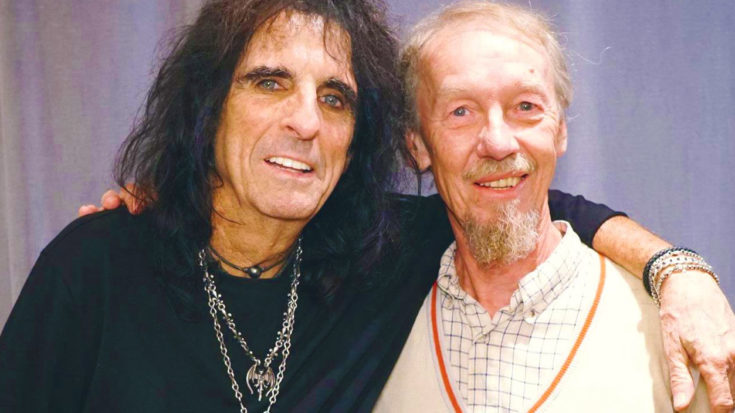 Famed session drummer Pentti “Whitey” Glan died last week at the age of 71 after being diagnosed with lung cancer. Best known for his role in Alice Cooper’s debut solo album Welcome to My Nightmare, Glan was remembered by the music community as a quiet, humble man with a big talent and an even bigger heart whose legacy is bigger than many realize; a few days after his death, his old friend Alice took to social media to say a fond farewell, making sure that the world fully realizes exactly what it’s lost with the death of Whitey Glan.

In 1973, Glan was recruited by Lou Reed to perform at Howard Stein’s Academy of Music, portions of which were used in Reed’s Rock ‘n’ Roll Animal and Lou Reed Live; he played on much of Sally Can’t Dance before Alice Cooper caught wind of Glan’s talent and brought him on board to play on his debut solo album, the critically acclaimed Welcome to My Nightmare, in 1975. Cooper warmly recalls the reason he chose Glan, stating simply that he was “the best drummer around.”

Rest In Peace Whitey! I picked Whitey Glan as the drummer for my Welcome To My Nightmare Tour because he was simply the…

“Rest In Peace Whitey! I picked Whitey Glan as the drummer for my Welcome To My Nightmare Tour because he was simply the best drummer around, not knowing he could drink me under a table! He was just a great guy, everybody who’s worked with him considered him one of their best friends.

He was one of rocks premier drummers, but in my opinion he was very under rated and under publicized – he was certainly a drummer’s drummer! Canada is less one world class musician…”

He’s not wrong, either. Born in Finland on July 8, 1946, Glan’s road to becoming one of rock’s most sought after session drummers began as the drummer for a local band called The Rogues, their 1968 single “Loveitis” giving the band their first top 10 hit in Canada. He would later go on to join a band called Bush, gaining exposure when the band opened up for Three Dog Night and Steppenwolf in the early 70s; in fact, it was one of Glan’s own co-creations, “I Can Hear You Calling,” that wound up being the B-side to Three Dog Night’s “Joy to The World”.

Our hearts go out to Alice Cooper and all who loved Whitey Glan, and we’ll make sure to crank up “Welcome to My Nightmare” in his honor tonight. Rest easy, Whitey.