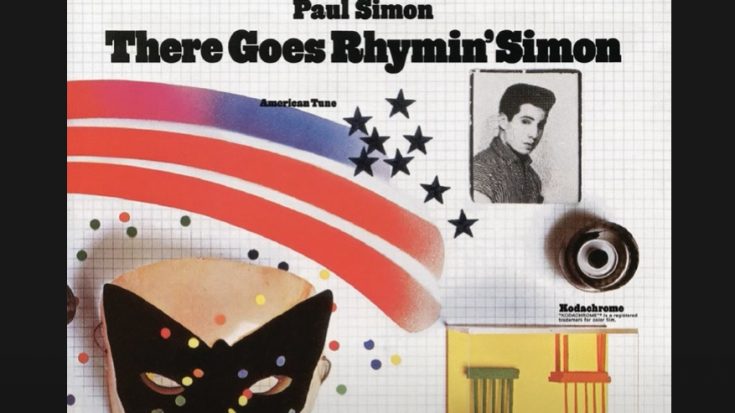 To mark his third solo effort after his time with Simon and Garfunkel, Paul Simon showed his versatility with the release of 1973’s There Goes Rhymin’ Simon. While the most successful cuts on the record were definitely pop-oriented, Simon didn’t fail to deliver a good amount of genre variation in the album – doing Gospel, R&B, folk, jazz, reggae, and soft rock that all were effective in their own rights. This record also provided a stark contrast from the previous album, Paul Simon, which was quite depressing and brooding, while There Goes Rhymin’ Simon offered themes of hope and positivity.

Starting the album is “Kodachrome”, which was inspired by Kodak film product and represents a dynamic imagination by way of the color photography imagery. It is one of the prime cuts of the record and became a major hit in the US thanks to its intricate yet punching positive vibe. Following it is “Tenderness”, which takes the form of a fifties doo-wop ballad, while “Take me to the Mardi Gras” represents the Dixieland aspect of the album. It starts off a bit dampened to enhance the effect with the full batch of instruments kick in, and has Reverend Claude Jeter contribute falsetto vocals into the album. Next is “Something So Right”, containing some of the richest instrumentation in the album while Simon does away on the acoustic guitar. Closing the first side is “One Man’s Ceiling is Another Man’s Floor” with its great rock progression and whimsical piano bookends.

The second side opens with “American Tune”, with swampy folk themes of the working-class struggle and sounded like it could’ve come from a Simon and Garfunkel album. Following it is “Was a Sunny Day” containing a mix between folk and reggae rhythms, while “Learn How To Fall” is a nifty brief jazz tune with light acoustic instrumentation. “St. Judy’s Comet” carries a laid back progression thanks to the subtle musicality communication between an electric piano and vibraphone, while Simon adds a circular acoustic riff on top to drive it over. Closing the album is “Loves Me Like a Rock”, with a mix of pop and Gospel hints that took it to the charts.

The new disposition that There Goes Rhymin’ Simon had boosted Paul Simon’s solo career profile greatly, releasing him from the bonds that people associated him with his previous duo act.