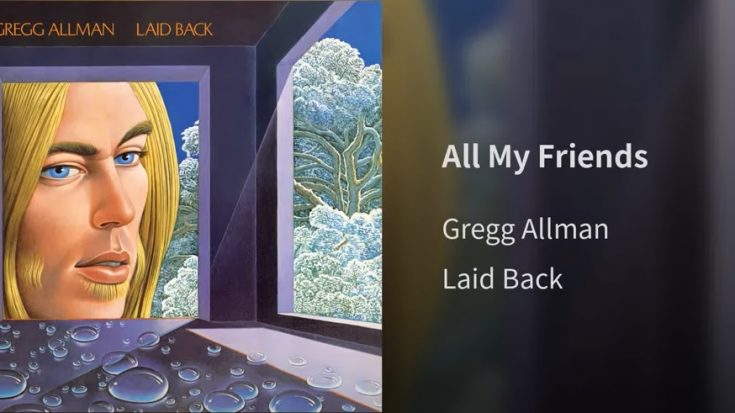 While the Allman Brothers Band were some of the tightest bunch around, disagreements were bound to happen every now and then. It was for this reason that co-founder Gregg Allman decided to make a solo album where he could have full control of the production. Aided by co-producer Johnny Sandlin, Gregg was able to channel his own sound and make a record where you could definitely hear where the Allman Brothers sound ended and where Gregg’s own creativity started.

Laid Back was released in 1973 and was Gregg’s solo debut effort that was centered on giving off a profound atmosphere that focused on the melancholic side of things. His weathered voice is complemented by Gospel singers doing backup work along with horns and strings in the mix. Even the usual Allman element of guitar-driven blues has been replaced by keys that clearly show his mastery for arrangements based on the instrumental articulation found on the album.

The album borrows some cuts from the Allman catalog, like “Midnight Rider”, which sees a whole new sonic reworking with a haunting and moving delivery, while “Please Call Home” sports a fuller sound profile thanks to the Gospel choir, horns, and everything in between. Gregg’s original “Queen of Hearts” is dedicated to his wife and carries a standard piano ballad form that eventually shifts into a jazzier cut. A cover of the song “Don’t Mess Up A Good Thing” brightens the mood a bit before it plunges back into somberness. “Multi-Colored Lady” is another Gregg original that proves that he is a great songwriter, along with the appropriate instrumentation of piano and strings in the mix. The album is concluded by “Will The Circle Be Unbroken”, which is a piece close to Gregg’s heart and is indulgently filled in with church-styled piano and choir elements.

Gregg Allman defined his personal sound with the release of Laid Back, which provided a good contrast against Brothers and Sisters which was unveiled in the same year.