Album Review: “In Through the Out Door” by Led Zeppelin 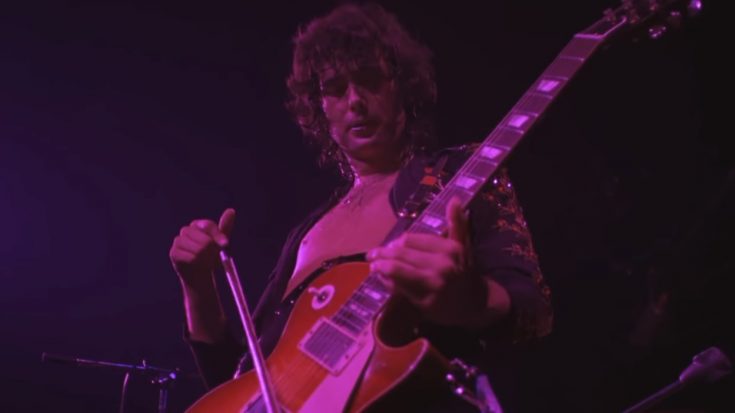 In Through Out The Door was Led Zeppelin’s swan song, being the final album of the band during the later part of rock’s golden age. It garnered critical commercial success, despite unfavorable reviews from critics. Led Zeppelin was on a roll with The Song Remains The Same and their 1977 concert tour, but things turned a bitter corner when frontman Robert Plant’s five-year-old son succumbed to a stomach virus, prompting them to end things abruptly. This left Led Zeppelin hanging for over a year with no clear direction of their future.

Come late of 1978, the members reunited in the studio to create new material. For the past years, Page and Bonham had been directing most of the band’s songwriting process, but the creation of this album saw the gradual degradation of their work ethic, often showing up late and intoxicated. Not wanting to lose time, Robert Plant and John Paul Jones filled in their shoes, which influenced the turnout of the album greatly.

The band lives up to its reputation in creating a dramatic effect for the intro of “In The Evening”, where it blasts off as soon as Plant gets a hold of the mic. The drums carry the gravitational groove of Bonham, and Jones doesn’t disappoint with his synth string solos at its conclusion. “South Bound Suarez” takes you back to the 50s-60s honky-tonk craze, with lyrics just light enough to convey a singular theme. “Fool In The Rain” is the closest you can get to a pop arrangement without completely giving up the niche quality of that Led Zeppelin Sound. “Hot Dog” closes side A with a country-tinged rockabilly arrangement.

Onto the next side is “Carouselambra”, a Jones masterpiece that touches on a more hypnotic quality of arrangements, and with themes of societal decadence in its lyrics. “All My Love” is a profound combination of the band’s talents without Jimmy Page in tow, and brings everything up and down an emotional rollercoaster. “I’m Gonna Crawl” closes the album with the signature Led Zeppelin brand of blues-rock, hailing back their style from the earlier years.

Though the album was a success in its entirety, Jimmy Page wanted to do a follow-up that featured more of his guitar-driven rock again. This wouldn’t happen, of course, as Bonham passed away in 1980. In Through Out The Door was an appropriate but unexpected closing of Led Zeppelin’s career, sporting more unique tracks without deviating from the whole band’s vibe.