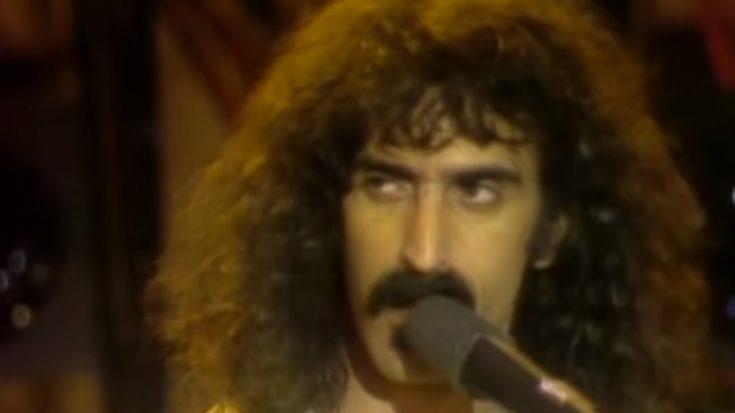 After The Mothers of Invention broke off, Frank Zappa immediately turned to his solo projects with 1969’s Hot Rats. Just like how he rolled with his previous material, Zappa got various artists to collaborate on the album, which was mainly focused on his interest in jazz rock. The result became a landmark classic that hit all the right notes (pun intended) as far as his choice of musical style was concerned.

Opening the album is “Peaches En Regalia”, a slew of unpredictable yet foreseeable progressions that shows off Zappa’s strength when it comes to non-standard compositions. “Willie The Pimp” carries a blues violin riff with the sole vocal parts care of Zappa’s friend, Captain Beefheart. The song concludes with a breakdown guitar solo until it goes back to the initial riff. Closing the first side of the album is “Son Of Mr. Green Genes”, which is inspired from Zappa’s previous “Mr. Green Genes”, albeit the different timing and the stark instrumental parts that play on the song.

“Little Umbrellas” is the epitome of jazz musicianship in the album, with a haunting quality thanks to Ian Underwood’s excellent woodwind instrumentation. “The Gumbo Variations” is aptly titled as the song is basically an improvisation of each musician on the track, basing off of the starting riff. Zappa doesn’t try hard to be the center of it all and lets his colleagues take turns in showing off their skill. Closing the record is “It Must Be A Camel”, which is powered by a piano and sax progression that really flexes Zappa’s skill of musical crafting amidst his regular guitar work.

Hot Rats is a tasteful foray into jazz rock, and Frank Zappa nailed every aspect of it. From variation to rock-solid consistency, the musical value of Hot Rats is unmatched.