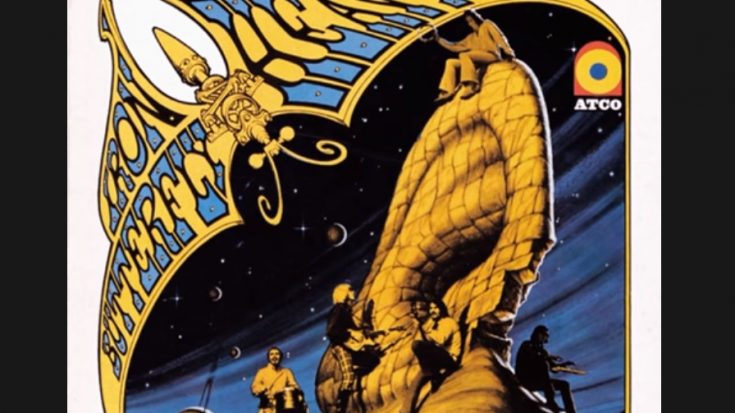 Iron Butterfly’s debut album wasn’t their best release by a long shot, but it doesn’t undermine Heavy’s impact as one of psychedelia’s trailblazing records. It was a challenge for the band to support the album as well, as three of the original members left after the album was finished. The album lived up to its name as a prime example of heavy music released in the era.

Opening the album is “Possession”, a gritty yet melodic track that marks Iron Butterfly’s signature sound. Next is “Unconscious Power”, building on a catchy guitar and keyboard riff that trades blows unrelentingly. “Get Out Of My Life, Woman” is a blues original that was converted into a trippy soupfest by the band, while “Gentle It May Seem” and “Look For The Sun” have a groove going for them and sport unique sonic styling altogether.

“So-Lo” is another great psychedelic cut that doesn’t feature Ingle on the main vocals, while “Stamped Ideas” carries an uplifting melody to it that strays from the main theme of the album, albeit being a good refresher on its own right. “Fields Of The Sun” is one of the album’s strongest cuts with its excellent song structure and lyrics to match, providing a great point of conflict and resolution within the arrangement. Closing the album is “Iron Butterfly Theme”, an over the top instrumental that isn’t really that cheesy once you give it a few listens.

Heavy didn’t score any hit singles but was surprisingly successful on the charts, even gaining Gold certification in the US.