Album Review: “Get Your Wings” By Aerosmith 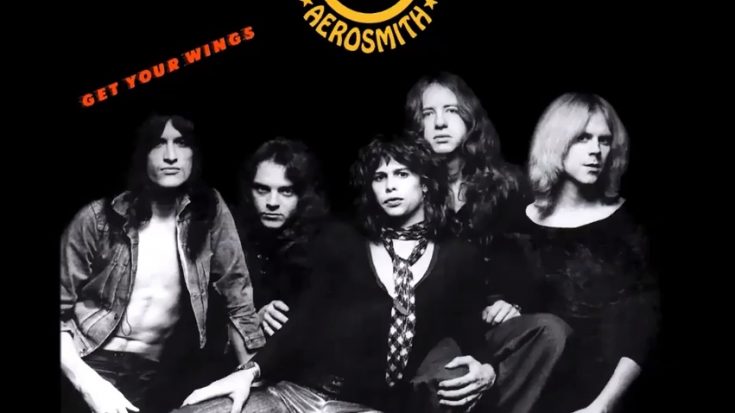 Aerosmith didn’t wait for the momentum of their self-titled debut fade away and started to make the template of their well-loved hard rock sound of the ’70s with their second album, Get Your Wings. The band doesn’t take all the credit for this, however, as it was the helping hand of producer Jack Douglas that allowed Aerosmith to thrive in the scene with their mix of blues and hard rock. This did irk some hardcore Stones fans, but one had to admit that the band had the chops to be the next big thing in the arena.

Opening the album is the cut “Same Old Song and Dance”, carrying the tried and tested dual guitar attack of Joe Perry and Brad Whitford with tasteful sax accents by session musician Michael Brecker, followed by the Steven Tyler-penned “Lord of The Thighs”, driven by Joey Kramer’s steady backbeat while each instrument gradually adds upon the arrangement until the song goes full throttle. “Spaced” is sort of a filler, with Tyler playing along with the melody of Perry’s guitar, but an enjoyable cut nonetheless. “Woman of The World” is borrowed from Tyler’s past band in the 60s which sounds peculiarly like the second track on the album except that it meanders to a completely different route with its smooth rock progression.

The second side begins with “S.O.S. (Too Bad)”, is probably the closest Aerosmith will ever get to punk, with its decadent grittiness basking in full glory with a brief run. “Train Kept-A-Rollin'” was recorded in quite an unorthodox manner as it is comprised of two different-paced sections that were fused to make one song. Since Aerosmith didn’t like the idea, Douglas had to bring in additional session guitarists to play lead on each part of the song. “Seasons of Wither” has Tyler doing acoustic duties, while Tom Hamilton rocks it out with his tempered bass playing to give the track a surreal quality to it. Closing the album is “Pandora’s Box”, a unique cut with soul intertwined in the mix, hinting at obvious Motown influences.

While Get Your Wings didn’t perform up to par with the quality of the material on the record, it paved the way for Aerosmith to refine their songwriting and sonic crafts.