Album Review: “Eat a Peach” by The Allman Brothers Band 1972 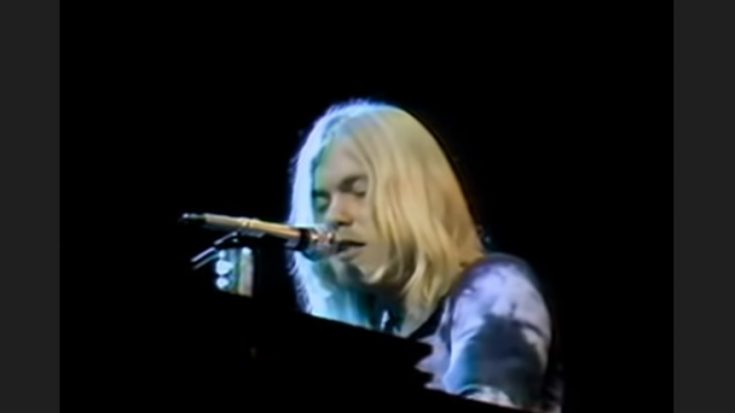 The third album of the southern rock staple The Allman Brothers, Eat A Peach saw the crossroads between two important eras of the band. It was a double catalog that saw tracks before and after the untimely demise of lead guitarist Duane Allman, who succumbed to a motorcycle accident. In a way, Eat A Peach serves as a tribute for Duane as well, whose groundbreaking pioneering brought the unique Allman sound to the table.

Eat A Peach was a mix of The Allman Brothers’ live material left over from their Fillmore East sessions, along with studio originals as well. The catalog features the band at their best form, and soon followed Duane Allman’s heritage providing some of the best guitar works of the band courtesy, and in tribute to Duane.

Some of the Fillmore material included “One Way Out”, a Sony Boy Williamson original, where Duane and Gregg Allman traded licks and vocal chops, and Dicky Betts featured his slide guitar in action as well. Muddy Waters’ “Trouble No More” is headed by Duane once again, and is now a more Allman-sounding track derived from their debut album. “Mountain Jam” is befitting of the name, a lengthy jam formulated from a jazz rock improvisation where Duane and Dickey goes note for note in a guitar duet. Remnants of its opening notes can actually be heard at Fillmore East’s “Whipping Post” on its conclusion.

Of the studio material, there is Gregg Allman’s “Stand Back”, a hard-rocker with funk inspirations and lyrics of unrequited love. “Little Martha” featured Duane’s acoustic performance and is a fitting ender to the album, considering it was the most recent recording he did before his death.

The band went their separate ways before commencing the recording of the double album, with “Ain’t Wasting Time No More” featuring a sad yet accepting theme in a blues rock format provided a healthy contrast to the other tracks on the album. Dickey Betts’ “Les Brers in A Minor” is an improvised instrumental that turns into a funk rock groove with Berry Oakley’s bass, Gregg Allman’s organ, and the double percussion laid by Butch Trucks and Jai Johnason.

Duane Allman’s spirit lives on with a composition by Gregg, “Melissa”, which was melodiously melancholic, with an acoustic guitar duet by Gregg and Dickey. It was the favorite track of Duane and was supposedly slated to be released on their debut album, but was never completed.

Eat A Peach is an important monument in the Allman Brothers Band’s career, allowing two eras to meld into one beautiful work of art, and most importantly, honoring Duane Allman’s memory and legacy.