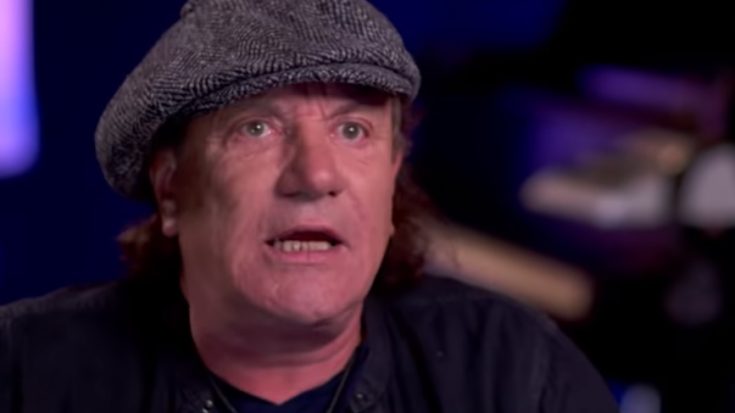 AC/DC’s Brian Johnson admitted that he stole the very first album he owned – it was a Bob Dylan record that he shoplifted from a store in his native town of Newcastle, England.

In an AXS TV interview titled Rock & Roll Firsts, Johnson shares some of his formative experiences growing up with music. “The first album I bought – well, actually, I stole it, because my girlfriend at the time was in Newcastle and she worked in the record store,” he shared. “And she said, ‘You know what? There’s an album over there that nobody’s buying. It’s awful. If you nick over and stick it up your … .’ And I did, and it was Bob Dylan’s Freewheelin’.”

He elaborated on how he successfully hid the LP, saying, “I walked out of that shop with the biggest nipples in Newcastle. That’s what vinyl did to you!”

Johnson also shared that he named his first band the Gobi Desert Canoe Club “because I thought I was a smart-ass.” He also recalled the first concert he attended was by a skiffle group called the Browsuits, as well as his first-ever concert at a rough bar called the Scrog. “Nearly every car was on bricks. But we called it home!” Johnson exclaimed.