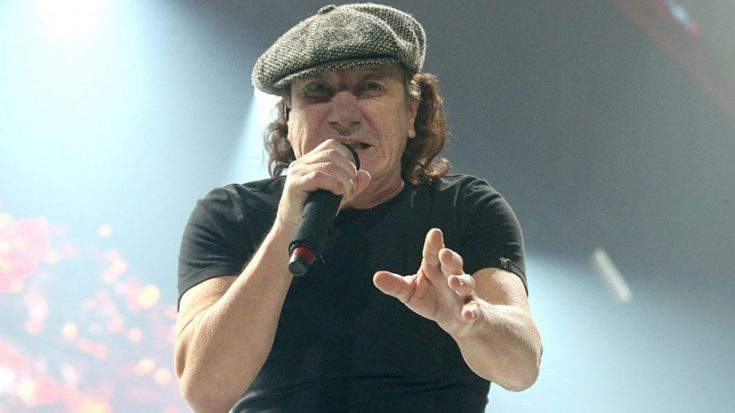 Brian Johnson reported to be back in AC/DC. - Getty Images

AC/DC’s long-standing audio engineer and mixer has confirmed the rumors – AC/DC is back in the studio together! And it seems like having Brian Johnson back on board is now a possibility.

Mike Fraser, AC/DC’s local sound engineer, who has recently confirmed the band’s recent studio activity, also hinted on Brian Johnson’s return. Johnson, who complained of hearing problems back in 2016, was warned by his doctors to either stop his current activities or face permanent auditory damage.

August last year was a high time for avid AC/DC fans as Brian Johnson and Phil Rudd was caught on the lens outside Vancouver’s Warehouse Studios, who were then again spotted with Mike Fraser later that day. Johnson has also added fuel to the fire, after US band Terrorizer bumped into him at the airport, having returned from their European tour. Terrorizer asked Johnson if the rumors that he’s back in AC/DC were true, and that Johnson confirmed them, adding how sick he was of denying it.

Fraser had an interview with Australian podcast host and audio mastering expert Tony “Jack the Bear” Mantz, which he posted on his Facebook page. In his podcast Mastering Music, Mastering Life, he asked the elusive question around the 37-minute mark. Mantz asked Fraser if there really was material for a new album in the works, to which Fraser replied with, “Umm..well yeah I could say that we’ve been in the studio doing something. What’s come of that I can’t discuss yet.“

Mantz continues with his query barrage, “With Brian singing?” Fraser responds while stifling a chuckle, “I think so.”

US radio host Eddie Trunk had spilled the beans earlier in February, stating the rumored AC/DC album was already finished, and featured the unreleased guitar work of late guitarist Malcom Young, who passed away late 2017. Watch the whole interview of Mike Fraser here: