AC/DC Launches The 40th “Back In Black” Anniversary Video Series 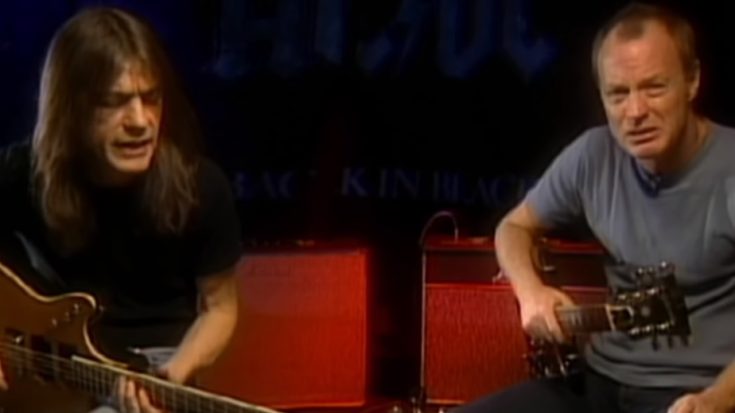 AC/DC has launched a new video series in celebration of the 40th anniversary of their 1980 hit release, Back In Black.

The album was produced by Mutt Lange and was the band’s seventh record but the first to feature Brian Johnson, who took the place of Bon Scott when he passed away just six months before it was released. Back In Black was a tribute to the late frontman and is introduced with the lead single, “You Shook Me All Night Long”, which will be featured in the first installment of “The Story of Back In Black” series.

Angus and Malcolm Young discuss the song’s riff formula in an old interview while Brian Johnson shared some insight on how the track came to be.

“I’d written the words and I went in to sing it. The boys weren’t in, and I was singing, ‘She was a fast machine, she kept her motor clean, she was the best damn woman that I ever seen.’And Mutt said, ‘Brian, there’s too many words in it.'”

Lange then suggested slowing down the song’s rhythm to match with the wordiness of the lyrics but was negated on the spot by Malcolm who was listening to their conversation.

Back In Black remains to be the best-selling hard-rock album in history, with estimated worldwide sales of over 50 million units, and was certified 25x Platinum by the RIAA thanks to over 25 million copies sold in the US alone.