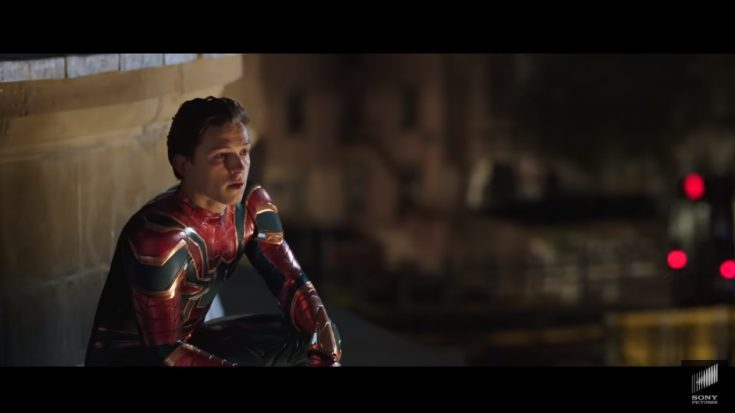 Head’s up MCU and classic rock fans! The latest installment in the Marvel Cinematic Universe, Spiderman: Far From Home has just recently launched in theaters worldwide on the 2nd of July. The movie has seen massive success in its initial weeks, as it is the sequel to the epic conclusion of Avengers:Endgame.

SPOILER ALERT: Seeing the friendly neighborhood webslinger in a new black-themed outfit, and it’s only fitting to patch in the AC/DC rocker anthem “Back In Black” in the movie. The track plays on the background as Peter Parker (played by Tom Holland) crafts his new custom suit on the go, on a Stark Industries jet. He even exclaims, “I love Led Zeppelin!” as the track progresses, for that added touch of humor matching the lighthearted character.

Punk outfit The Ramones’ music was also included in the film’s tracklist, with “I Wanna Be Your Boyfriend” from their 1976 self-titled debut catalog. Fans may remember “Blitzkrieg Bop” from the earlier iterations of the superhero’s movies, and seeing The Ramones’ inclusion in the new installation is an evident nod to the past films.

Check out the movie’s trailer below, and head on to theaters while it’s still hot now!