A Tribute Like No Other: Watch this Pink Floyd Tribute Band Nail their Classics 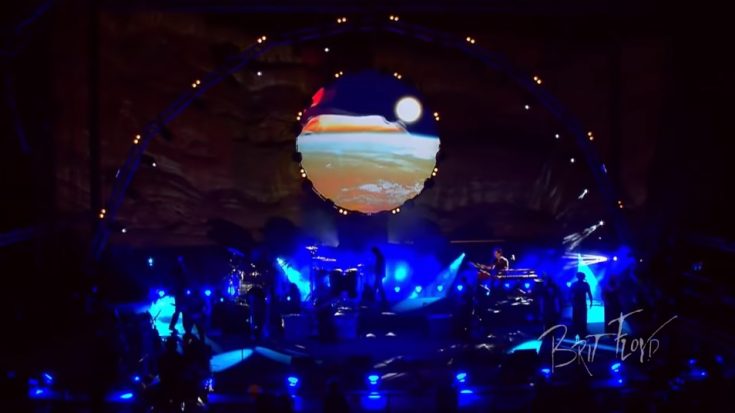 Disclaimer: Tribute bands may or may not be your cup of coffee. We totally understand, but reserve your emotions for later and give the performance a shot!

Now with that aside, let’s move along. Imitation is indeed the greatest form of flattery. Such has been the motivation of some budding artists who look up to their influences with admiration. In this particular situation, it’s common knowledge of how Pink Floyd is done, for good. The last show with all four together, was on Live 8 in 2005. Since then, after the passing of Rick Wright, each member have had their own schedules, but never getting together again as a full band.

While this isn’t enough reason to warrant some sort of a “replacement” act, no one can dictate a true fan’s ambitions. Such is Brit Floyd, a tribute band for Pink Floyd. Borne from the previous Australian Pink Floyd Show tribute band(who are equally talented as well, and even got invited for Gilmour’s 50th birthday celebration), Damian Darlington (vocals and lead guitar) headed the inception of the group in 2011. Brit Floyd’s eye and ear for authentic feel is evident in their stage set ups, which are very much similar to the ones Pink Floyd have used over their concerts. Laser lights, display panels, inflatables, even using a kid’s choir for “Another Brick In The Wall pt. 2”, shows the band’s dedication to honoring Pink Floyd in the truest sense possible.

Check out their loaded set and take a journey back to the past, with their greatest Pink Floyd tribute ever.