A Perfect Performance From Queen In 1981 -Watch 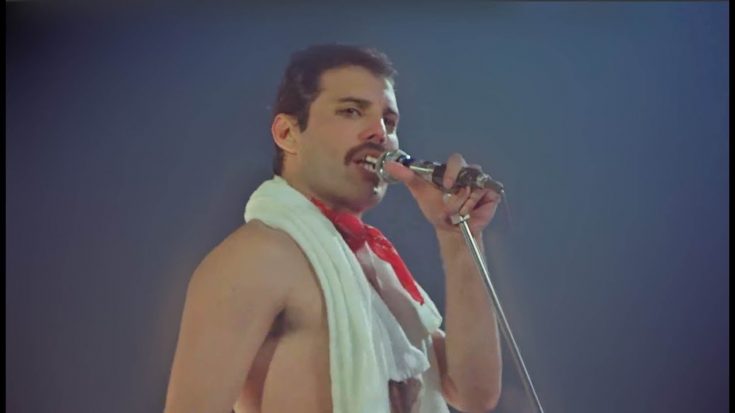 When it comes to making phenomenal songs with an impact made to last for a lifetime, Queen tops the whole category. They are well-known for their creatively unique tracks that are almost unidentical from each other, yet equally terrific and remarkable.

When Brian May wrote “We Will Rock You” which is to be included for their News of the World album, it was because he was awestruck with how people correspond to chants inside concerts. Now finding inspiration for a song, he wrote the lyrics, which comprised mostly of acapella, and only 30 seconds of the full guitar solo from May. That’s why “We Will Rock You” is so easy to follow through.

One of the band’s career highlights was their performance inside Montreal, Quebec, Canada for their 1981 tour. The arena, filled with thousands of people, was about to be blown away with this one extremely powerful performance of the beloved song. Half-naked and only wearing his white shorts and a kerchief around his neck, Freddie Mercury made the people shout for its iconic chant and lift their hands in the air. Take note that the song was only made for chanting, and instead of experiencing a complete awkward silence, most of the members of the audience loved to join and sing with who’s in front of them. A lovely Brian May guitar solo then transpired on the near-end part, and the set ended as magnificent as it was expected.

Indeed, Queen will be remembered for the legend that they were during their heydays.