A Bear Stole 36 Beers Then Got Drunk – Watch The Video 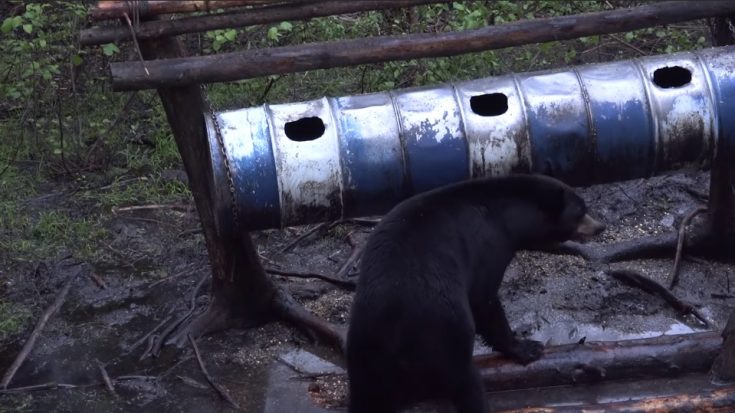 According to a report by the Washington Department of Fish and Wildlife, a black bear was found unconscious on a lawn of the Swift Creek Campground, for a bizarre reason: the bear drank a 36-pack of beers.

It all happened when some campers left their tents for some activity, and the bear snuck into their cooler and drank some brew. This was discovered when a trail of empty beer cans with claw and bite marks led to the now passed out bear. But that isn’t all there is to it!

The bear seemed to target a specific beer brand, Rainier Beer, as there was one opened Busch beer, in contrast to the cans of Rainier lying on the ground. “He drank the Rainier and wouldn’t drink the Busch beer,” said campground bookkeeper Lisa Broxson.

Park officials tried to shoo the bear away from the campgrounds, but the bear was so wasted it kept tumbling down as it escaped. It eventually decided to take a nap in the midst of it all, waking up several hours later, and was safely removed by ranger by then.

This wasn’t the last campers heard of the booze bear, however, as it returned the next day on the prowl for more cold ones. Camp rangers were prepared however, with food lures on the ready, and two cans of Rainier beer for good measure. They were successful in leading the bear off this time, without delay.