9 Of The Most Psychedelic Songs From Pink Floyd 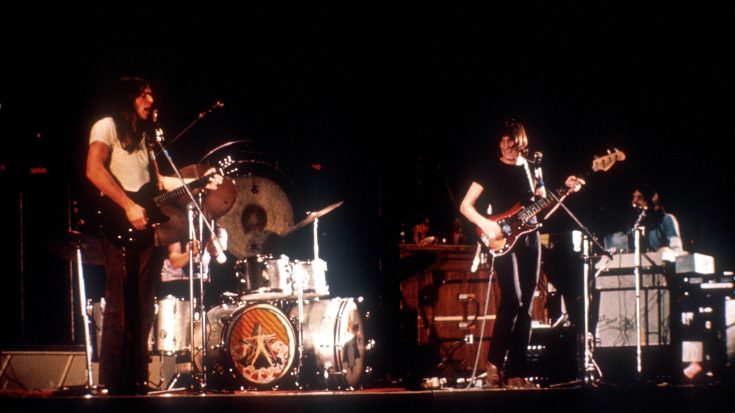 While Pink Floyd’s influence remained impactful to the growth of progressive music, from the beginning, they were always into psychedelia. Since the dawn of Syd Barrett’s leadership, the band explored the nitty-gritty of psychedelic rock, diving headfirst to the wonders of music experimentation. As time went by and Roger Waters assumed the role of being the creative force of the group, there remained their sheer fondness of the genre, which can still be heard in some of the band’s songs until their latest album. Let’s take a look at these 9 psychedelic songs from Pink Floyd.

The mother of anything considered as Pink Floyd psychedelic, “Astronomy Domine” dissonating sound and the mention of heavenly bodies makes it a part of the list.

One of Barrett’s classics and therefore rocks on with so much psychedelic power, this became a standard feature of the group that made them so famous. Sinister, raw, and provoking, it’ll take you to a higher state of mind all while listening.

“Flaming” contained one of Pink Floyd’s most fun lyrics, with Barrett making sure to enlighten you to the wonders of psychedelic imagery. What makes it more fun though is how appropriate the song’s arrangement is, making the song a full-blow experience.

In an enchanting moment from A Saucerful of Secrets, David Gilmour’s voice takes us on a spiritual level, paired with Richard Wright’s eastern sound. One of the highlights from the album.

This has got to be one of Pink Floyd’s memorable tracks, not just because of its too long of a title, but because this contained mostly vocals of animals and Roger Waters. If you think Pink Floyd is standard experimental, wait ‘til you hear this.

With David Gilmour singing how Julia is the “queen of his dreams,” the slow tempo yet airy sounds feel almost as if the music’s playing in you. Richard Wright’s soft Mellotron makes it more convenient to hear as well.

If you want to escape reality but never into drugs or acid trips, “Echoes” might be a good substitute for that feeling. It’s a real psychedelic experience with so much intensity in all parts.

With Pink Floyd’s roadie Alan Styles voicing over what it sounds like him talking about preparing breakfast and what he’d already prepared in the past, the Nick Mason-penned song is weird, but in a good way. You better prepare yourselves to hear this 13-minute track for it’ll amuse you in many ways.

Another well-known track from the Syd Barrett-era, “See Emily Play” is a classic and a textbook psychedelic sound. Here, Barrett’s voice is the main highlight, as if he’s taking you to the hallucinating world of wonders.