5 Guitar Solos Only Duane Allman Can Do 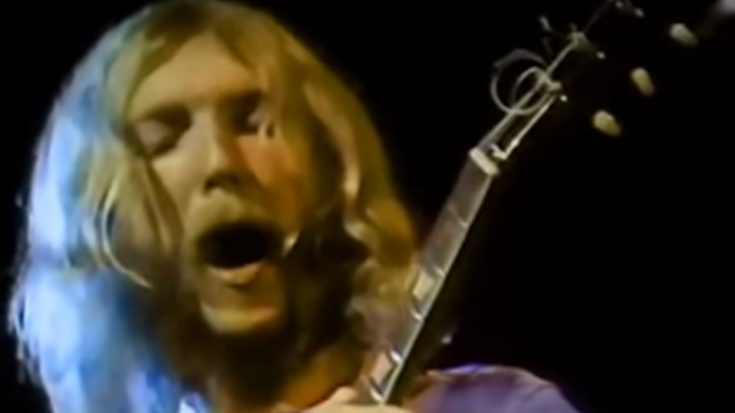 Southern rock was never the same when Duane Allman shared his titanic ax-slinging skills to the world. The Allman Brothers Band was undeniable Duane’s magnum opus, achieving full maturity as he transitioned from session work to full-time recording musician. The older Allman sibling was also known for his frequent collaborations with other artists, being regarded for his incredible blues-inspired playing. With that, here are some scathing solos that only Duane could pull off.

Inspired by Taj Mahal’s rock arrangement of the song, the Allmans recorded the track for the legendary live album At Fillmore East. Duane Allman shows off his impeccable taste for phrasing and note choice with his slide guitar. This track is probably Duane’s best work on the slide guitar.

A good solo should be memorable, no matter the length of its run. Duane proves that short and sweet works with this track’s concluding solo, which rings out quite clearly after his fiery call and response exchange with Dickey Betts.

Most people that would attempt this solo would be exasperated at copping out Duane’s impulsive timing. The melodic progression of the solo is to die for, as well as the tasteful use of bends to heighten the listening experience.

Duane pulls out his extensive arsenal of simmering, slow blues-inspired playing, to hard-rocking arpeggios and stratospheric bends for a melting pot of sonic goodness.

Once again, Duane shows that he isn’t limited to the strict blues playing box that critics put him in. An interesting mix of major scaling and punchy timing, “Blue Sky” has a solo that can be sung by listeners note for note.