5 Bands Left With Voids After Losing Their Main Member 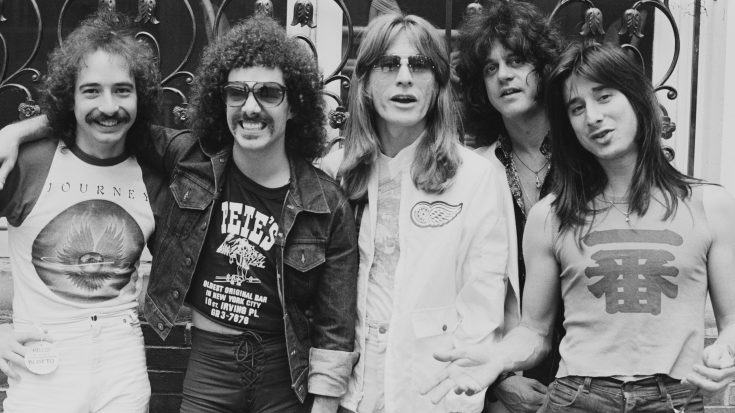 Don’t Get Too Comfortable

These 5 bands are among the main icons in the rock world. All of them have even been inducted into The Rock and Roll Hall of Fame. Yet, they share one more common detail, they suffered greatly when their main members and songwriters departed. Some lost a member to interpersonal miscommunications, some to emotional differences, and some to an untimely death. Despite the dismantlement of these bands, their work together is engrained eternally in pop culture history.

The Beach Boys were producing mostly surf rock until 1965 when their main songwriter and producer, Brian Wilson, suffered a nervous breakdown. Wilson emerged from a reclusive state and went straight to record the symphonic Pet Sounds with The Beach Boys.  Pet Sounds has been been identified as one of the best records of all time. This album made him the first pop icon to become a producer, songwriter, musician, and performer of his own music. Due to his heartbreaking mental breakdown the band fired him in 1982 and toured without Brian for much of their remaining career, despite him being considered a genius.

Formed in San Francisco during 1973, Journey became one of the best selling bands of all time. Original front man and co-songwriter, Steve Perry gave a new sound to rock with his high- tenor altino vocals. In 1998, Perry suffered a hip injury due to a  bone condition. A tour was in the works for Journey at the same time. Growing impatient, the band told Perry that he either get surgery or he would be replaced. Perry left the band permanently and Journey went on to have a slew of singers. Journey isn’t Journey without Steve Perry- and everyone knows it.

This folk-rock band was only complete for 3 years, 1966-1968. Buffalo Springfield is most famous for the artists that emerged to form new bands or solo work. Neil Young left for solo work and became a legend. Stephen Stills formed super-group Crosby, Stills, and Nash. Richie Furay formed Poco with Jim Messina. It’s almost hard to feel sad about the dismantlement of Buffalo Springfield because their story doesn’t necessarily have a sad ending. The band is iconic, and so are each of the individual members. The musicians were inducted as Buffalo Springfield into the Rock and Roll Hall of Fame in 1997.

The British band, Yes, formed in 1968 and has been credited as being among the founding fathers of progressive rock. In 1979, Yes was recording in Paris when a reporter who visited the band noted that original singer Jon Anderson, was not delivering performances with conviction. The band kept secret that Jon Anderson had decided to leave due to creative differences. Yes reformed with different members who didn’t quite fill the shoes of the founding musicians. Yet, the legends reunited to honor members who had passed for their Rock Hall of Fame induction in 2017.

Also hailing from Britian, the band Queen formed in 1970. Queen produced anthems and ballads and have estimated record sales between 200 and 300 million albums sold. Their front man, Freddie Mercury, remained humble even when labeled as  being a songwriting genius or having one of the most recognizable voices of all time.  Mercury died 24 hours after releasing a statement that he had been diagnosed with AIDS. It was hard to find a heart that hadn’t broken for the loss of the singer in 1991. The band went on to form with a new singer but the world will only recognize Queen as a band ,with Freddie Mercury.