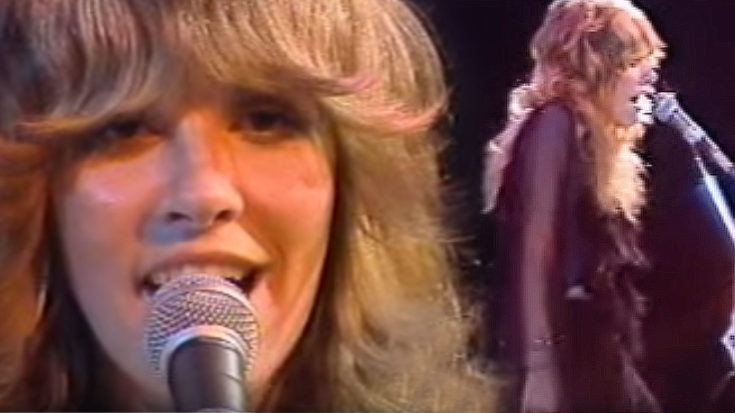 There’s nothing better than Stevie Nicks belting our favorite song – you know, the one about a white witch simply named, ‘Rhiannon’. Except, of course, 28-year-old Stevie Nicks at the pinnacle of her career with Fleetwood Mac and well on her way to becoming the showstopping fairy godmother of rock and roll we know her as today!

In 1976, Stevie and Fleetwood Mac took the stage at Burt Sugarman’s The Midnight Special for what’s widely regarded as one of the band’s most solid, critically acclaimed performances of their entire career. After years of lineup changes and false starts, this was their big moment – and they absolutely owned it!

Fun Fact: The song is always referred to as simply ‘Rhiannon’ on Fleetwood Mac albums. The suffixed title ‘Rhiannon (Will You Ever Win)’ was used only on singles in certain territories.

This performance of ‘Rhiannon’ is Fleetwood Mac without the stress and strife of affairs and drug use and breakups gone wrong; there’s just the music to focus on, with Stevie Nicks dazzling the crowd and swanning about next to then-lover Lindsey Buckingham and supported wonderfully by bandmates Christine and John McVie and drummer Mick Fleetwood. Sure, life would threaten to ruin everything the band built – but for now, there was just one of the most solid lineups in rock music performing seamlessly and enjoying their newfound and well deserved success!