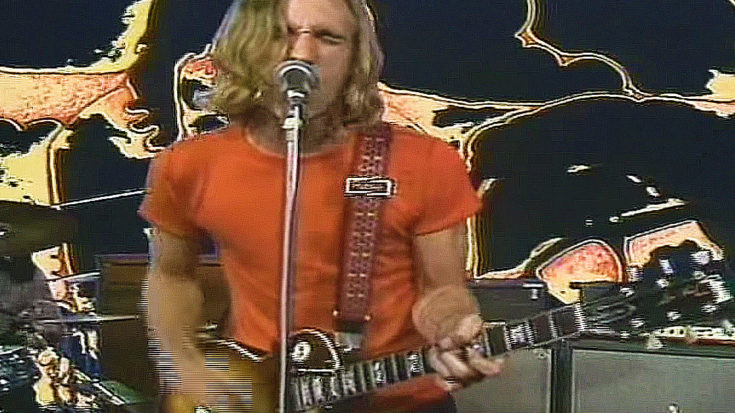 Before Joe Walsh was tearing up “Hotel California” with fellow Eagle Don Felder, he was large and in charge in his very own James Gang – a Cleveland based rock band whose funky, hard rocking sound was a perfect match for the man who Don Henley would worry was “too wild” for the Eagles. Before he departed the band in 1972, Walsh contributed to James Gang’s third studio album Thirds, and sealed his legacy as one of the greatest songwriters of the decade with the gritty, heavily distorted “Walk Away”; a cold killer of an album opener that perfectly set the tone for the wild ride that was Thirds, the power of “Walk Away” is only fully realized when seen in a live setting and lucky for you, we’ve got footage from 1971 that perfectly captures the raw energy put forth by James Gang with Joe Walsh at the helm.

Fun Fact: Reaching #51 on the Billboard Hot 100, “Walk Away” marked the best placement of a James Gang single.

Standing before a psychedelic backdrop, Joe Walsh is everything a good frontman should be as he tells the story of a man trying to talk his lost relationship over with the pretty lady in question; pure, raw energy as he thrashes about the stage with a guitar in his hands and a whole lotta soul driving him while never once forgetting the audience in front of him or the band behind him. The greatest thing about Joe is that even in 2016, that energy and love for performing has never gone away – if anything, he’s the best he’s ever been!