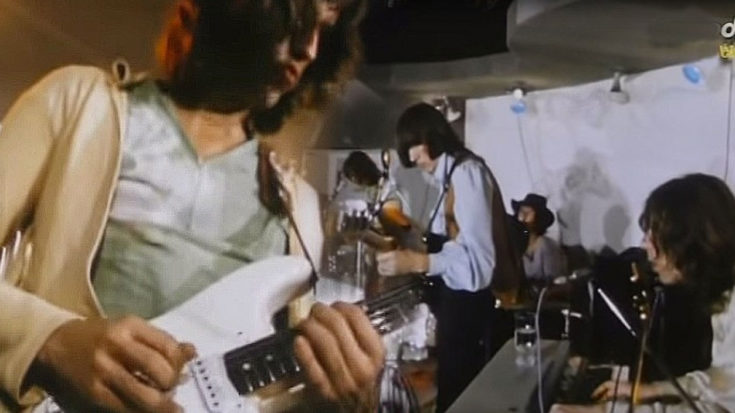 Long before the arena tours that would come to define them, you could see Pink Floyd playing at trendy nightclubs and venues all over Europe.

One of the first performances to take place with new guitarist and vocalist David Gilmour took place at France’s Le Bilboquet, and trust us – the footage does not disappoint!

In 1968 the guys brought their acid-soaked brand of psychedelia to Le Bilboquet for a performance of ‘Let There Be More Light’ that would set the foundation for Pink Floyd’s later sound, and it’s one of the first times we get to experience David Gilmour’s tremendous soloing abilities.

By 1968, former guitarist and vocalist Syd Barrett’s mental state had deteriorated considerably, resulting in his exit from Pink Floyd.

Unlike a similar performance that took place on live television, this performance of ‘Let There Be More Light’ is 100% live and un-mimed – check out the passion in everyone, especially Roger Waters!