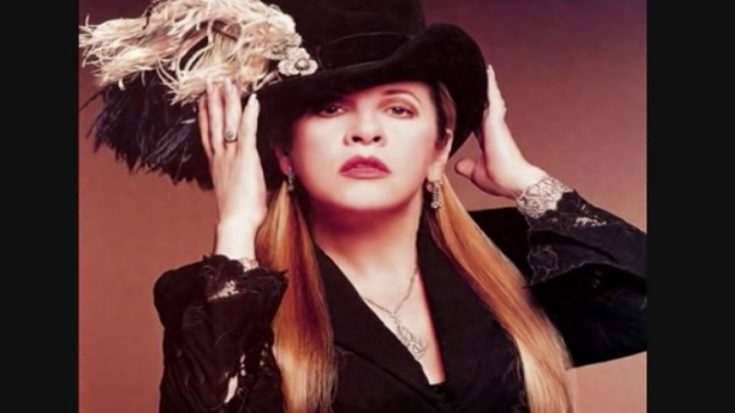 Stephanie Lynn “Stevie” Nicks is a woman that could easily drag your heart with her style, her personality, and her distinct voice prowess. She rose to fame together with then-boyfriend Lindsey Buckingham, and in turn, became the bridge for their joint forces with Fleetwood Mac, and sold out millions of albums to date. If rock is a woman, her face would be of Stevie Nicks. Take a look at the 10 sweetest solo songs from the swirling songstress.

Another gem from her debut album, “Leather and Lace” features Eagles’ Don Henley on a duet with Nicks. The lyrics were heavily inspired by the singer’s relationship with Henley and Buckingham.

The “Edge of Seventeen” proved to be the song that enticed a lot of people to appreciate Nicks’ career outside Fleetwood Mac, and gave her confidence to pursue as an individual artist. It is also her final song after concerts.

The only single released from her Timespace compilation album. Jon Bon Jovi wrote the song specifically for her, which he took time to view Stevie’s life as he wrote it.

The lead single from Nicks’ 3rd studio album Rock A Little became a chart-topping hit from her, peaking at no. 4. It was written by Chas Sandford, who, by that time, was still riding the wave of his composition to Jon Waite’s no. 1 song, “Missing You”.

The fourth album of Stevie Nicks gave her a top 40 UK hit, a thing that wasn’t achieved by her until now. The lyrics spoke much about Nicks’s acceptance that she will never build a family of her own.

Recorded by Nicks for her 3rd studio album, it epitomizes life in the ’80s with the burgeoning hairdos, sleek ensembles, etc. It was also the most exciting song that she had ever recorded, according to Nicks.

The second single from her The Wild Heart album, and was inspired by guitarist Waddy Wachtel. It was written together by Nicks and Sandy Stewart.

Nicks was inspired by the death of Joe Walsh’s eldest daughter that she wrote this song just for her. Her wholehearted approach to the music was applauded by many fans in the subsequent years upon its release; Nicks sang this one when she guest-starred in American Horror Story: Coven.

Bella Donna is Nicks’ debut album as a solo artist, and contained some of her most unforgettable songs like this Tom Petty-penned single, “Stop Dragging My Heart Around”. It became a top-ten hit from Nicks and established her career as a marvelous soloist.

The lead single from her sophomore album Wild Heart has inspired by Prince’s “Little Red Corvette” song that she’d heard during the day she got married. Upon hearing Nicks’ story, Prince went to the studio to play the synthesizers for her song and left almost immediately. It’s also a staple to Nicks’ many live shows.