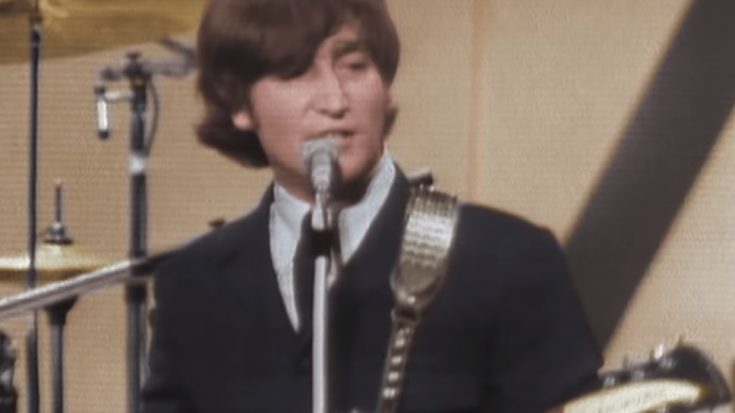 More than just making a sonic imprint in the minds of listeners, a rockstar has to invest in a proper, attention-grabbing aesthetic setup as well. Whether it be a meek reinvention of formal wear or some outlandish, otherworldly look, rockers need to believe in what they wear, as this conviction reflects their intent to rock out and look fashionably great at any stage. Here are some of the most iconic outfits by our favorite rocks throughout the years.

The Fab Four changed the way how men dressed when they hit it big overseas in 1964. Bowl-cut hairstyles, tight-fitting suits, all tailored to look like they came from the same factory, The Beatles’ straightforward fashion became the new normal during their heyday – but the influence is carried over until now. Who knew generic could be made to look this good?

The Guns N’ Roses frontman looked his best during the peak era of the band, where he was known for his tight-fitting pants (or undies), a bandana, leather jackets, and a Tartan wrapped around his waist. Nobody could carry it like Axl Rose did back in the day.

Nobody has successfully pulled off a school uniform look better than AC/DC’s Angus Young. The lead guitarist of the acclaimed Aussie rock outfit has been at it for over four decades now, and we still can’t see him wear anything else but that.

The King of Rock and Roll doesn’t only have the voice to match his title, but the looks as well. Nothing looked more “masculine” than Elvis wearing his signature jumpsuit, which has had a dozen variations but still carries the same silhouette known to every man.

When it came to rockers wearing overly-blatant makeup onstage, KISS ranks the highest among them. What’s even amazing is they only employ black and white schemes that go along with the certain persona each member represents. It’s still surprising coming across videos where the band doesn’t wear their signature makeup and armor, to say the least.

The Purple One never really stuck to one fashion statement as he often jumped ship to trailblaze another, but none dare come close to his Purple Rain outfit. Frills, high and closed collars, vests on top, and tousled hair to match, Prince sported it all with finesse.

Freddie Mercury almost always liked his sleeveless shirts or go top naked when he was onstage on Queen shows, but no outfit made more noise than his iconic yellow leather jacket and white shirt/pants ensemble. This has even been a reference to memes in recent popular internet culture.

Bowie has had a lot of persona and wardrobe changes as his career went on – which led to him being referred to as a chameleon. One of his most iconic getups was the Ziggy Stardust one – shiny red, glamorous makeup, an extraterrestrial who had you want his babies.

Another entry from Guns N’ Roses comes with their lead guitarist, Slash. The seemingly mysterious aura of the axman was heightened with face-covering curly hair and the signature black top hat that any bonafide rock fan could recognize from miles away.

Elton John liked the attention his numerous outfits got whenever he performed onstage, but none had the notoriety of his Donald Duck outfit. John was a fan of flashy, extravagant clothing but nothing prepared fans for this certain getup.