10 Greatest Songs Of Rush From The 80s 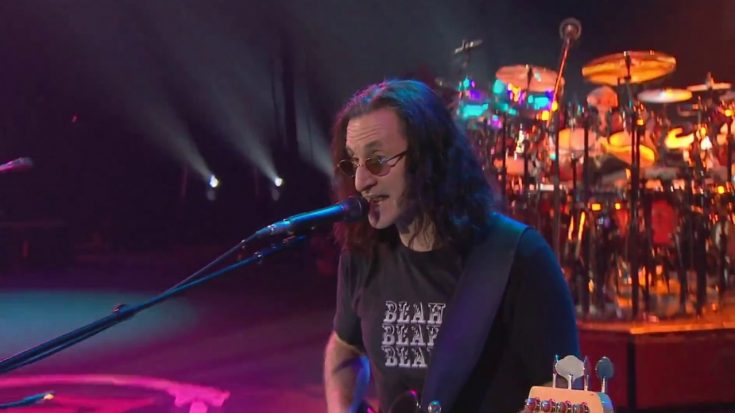 The 80s delivered a fine moment for the Canadian rock band Rush to switch on to different tune and to deliver some of the best songs ever known to man. Still, it was a bit long for them to finally be recognized for their outstanding musicianship, yet these guys never for once backed out on anything. This triumvirate of prog-rock has a reputation for creating innovative concepts, be it the complicated time signatures of drumming, or conceptualized sci-fi nitty-gritty, and it makes them sound like they’re the coolest trio in the whole genre. Check out their 10 greatest songs from the whooping 80s.

A staple to the band’s live concerts, “Subdivisions” merely showcased the band’s efforts on instruments. It is also played rather continuously on radio stations around the world.

Rolling Stone once babbled about how the Power Windows of Rush had a mix of Sex Pistols and Yes, but that argument is open for debate. What we do know is that the trio held the album in high regard with their single “The Big Money,” capturing the album’s leitmotif about authority.

One of Rush’s well-known songs, “The Spirit of Radio” boasts Lifeson’s rich and pure riffing, with a stint of reggae style. This was said to be inspired by the Toronto-based station, CFNY-FM. It remained to be one of Rush’s greatest songs.

“Time Stand Still” became the first song to ever need someone to produce a backing vocal from another singer— Til Tuesday’s Aimee Mann. While the album was heavily critiqued for its overt use of synthesizers and a pop feel, the song became an exclusion to that, also peaking the US charts on 3rd spot.

Neil Peart’s answer to the blinding lights of success and fame was compressed inside “Limelight.” Lifeson also credits this song as his favorite guitar solo and is also deemed as one of the fan favorites.

While Grace Under Pressure became a nobody album for fans, it did, however, bore an incredibly awesome track worth remembering. “The Body Electric,” heavily inspired by a Ray Bradbury story, illustrates the attempts of the human race to the barriers created by the robot society. Geeky, but enticing.

Neil Peart had somewhat encapsulated the metaphor of life for this one. While it’s unavoidable to gush over on the lyrics, Geddy Lee’s bass and keyboards here sure take a nice toll on the song.

Moving Pictures might have spurred some excellent tracks like “Tom Sawyer” and “YZZ,” but “Red Barchetta” became an underrated sonic treat that exhibits Peart’s skills as a magnificent songwriter. It was inspired by Richard Foster’s short story entitled A Nice Morning Drive.

Alex Lifeson’s curvaceous skills on the guitar here are priceless, something that turned out to be underrated due to the band’s hefty reliance on synthesizers. But the guitar whiz nonetheless proved to everyone why Rush remains superior on any instrument there is for the group.

The radio-friendly Permanent Waves album from Rush sure did take a large backstep on their progressive hallmark, but that didn’t mean that they couldn’t opt to give the fans a taste of their prog medicine, spewing “Jacob’s Ladder” interlacing to the numerous time signatures. It’s also the song that commemorates the group’s affection for the English rock group Led Zeppelin.