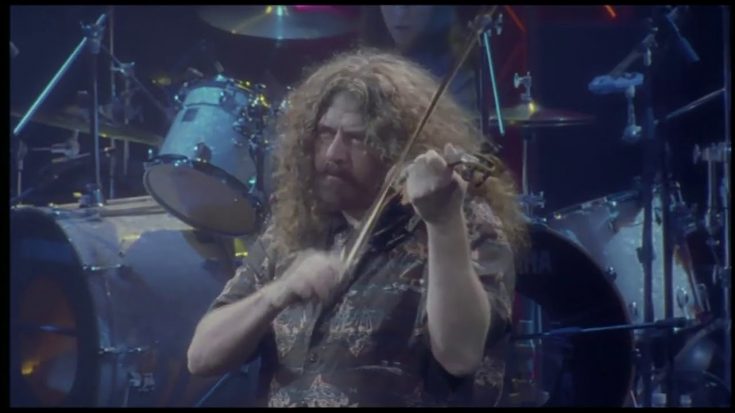 The large chunk of uniqueness from the American band Kansas came from Robby Steinhardt’s greatness in maneuvering the violin. Aside from that, his rich voice blends perfectly with Steve Walsh’s tenor range, showing to everyone that this group has what it takes to outshine any others. To celebrate the late singer’s efforts in the music industry, we’ll give you these 10 greatest songs from Kansas that empower Steinhardt’s incredible talent. Enjoy!

The title gives it all already, the symphonic contribution of Steinhardt and his playing of the violin gives you all the chills needed for a good song. “Lamplight Symphony” deserves more love.

Though the song contained more highlights from its riffs, it’s inevitable to take notice how well Walsh and Steinhardt’s voices blend well here. Robby didn’t take part in the rhythm until the end part of the song.

“Apercu” is among the many high points of the band’s debut album, most especially Steinhardt’s. His voice and clever violin-playing are worthy of its appreciation.

Steinhardt’s efforts in the music’s orchestration are quite a bit underrated. Nevertheless, “Magnum Opus” seems to be the perfect song to show his skills in full glory.

Like many of Kansas songs, “Down For America” uses a lot of complex orchestration. Luckily for Steinhardt, he knows his way to that given his proper classical education.

The way Steinhardt delivers the gorgeous violin lines, it’s beyond inexplicable. “Song For America” definitely shows that marvelous talent of his.

Kansas has only covered songs a little during the course of their careers. and if there ever was one, it was incredibly amazing. “Bringing it Back” is one of them.

With Steinhardt’s crafty violin technique, he shows to everyone that Kansas indeed is a group worthy of praise. “Mysteries and Mayhem” use that practice.

Steinhardt’s efforts to assist the band’s intricate orchestration are quite masterful, especially during this lovely gem from Kansas’s Masque album.

Need we say more? The lustrous orchestration of this song is captivating. Steinhardt and Walsh’s voice couldn’t be displayed greater than this song.