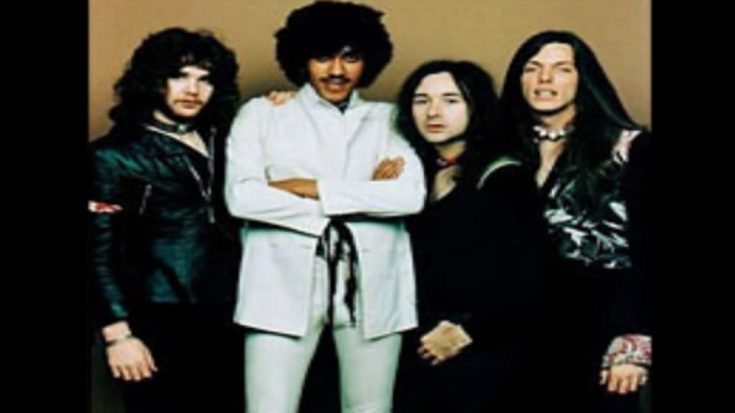 Thin Lizzy has had a fair share of love songs in their repertoire, a clear proof that these guys know the word “versatility.” The band was at its peak with bassist/songwriter Phil Lynott on the lead, creating endless possibilities in the world of rock. And whether it’s sweet or sour, your cup of tea or not, we’ve compiled these 10 greatest love songs from Thin Lizzy.

When Phil Lynott became a father with his newborn daughter, he felt so inspired to write a song about her. “Sarah” is completely unrelated to Thin Lizzy’s older version of “Sarah,” which was inspired by Lynott’s grandmother.

“Still In Love with You” is Thin Lizzy’s most romantic ballad, a song that’s been a crowd favorite, and will always remain in the footnotes of history as the band’s greatest song.

“With love/ She says she won’t be back no more / With love / She says she’s leaving for sure.” Their remains one of Thin Lizzy’s heartbreaking songs. It’s worth listening if you want to cry over moving on from someone you love.

Lynott’s intent to give a warning about a woman who has a reputation as a heartbreaker is clear. Take heed of his advice, and don’t be foolish.

Bob Seger’s “Rosalie” is a classic, which is why anyone who attempts to cover it should have to prepare themselves. Fortunately for Thin Lizzy, they’ve captured the essence of the song, and therefore their version is easily considered to be one of the best.

The lyric pretty much sums up the message of the song: “Don’t believe a word/ For words are so easily spoken/ And your heart is like that promise/ Made to be broken.”

With a tale about lost love, “Romeo and the Lonely Girl” has a distinct, hard rock sound with no hint of commerciality. It’s a fan favorite.

“Sweet Marie” is the 2nd to the last track of Johnny The Fox side two. Its tale speaks about the longing of the singer’s love wherever he goes, whom he refers to as “Sweet Marie.”

Not to be confused with King Harvest’s joyous “Dancing in the Moonlight,” this Thin Lizzy song is the first track to welcome you from the album’s side two.

Feeling nostalgic about the old love you once had? “Old Flame” speaks about that emotion. It’s a joyous song reminiscent of the feeling of youthful love.