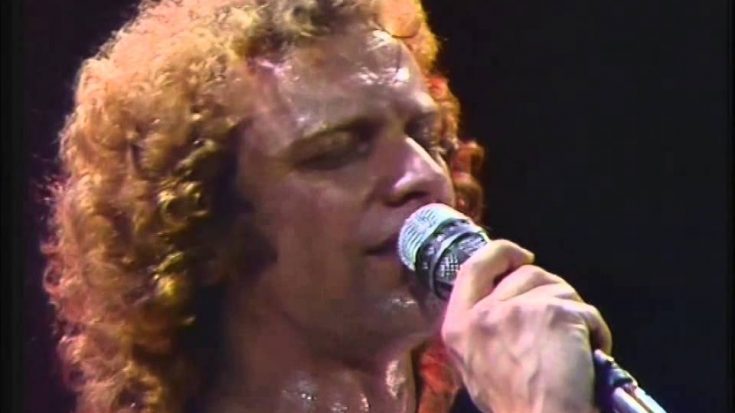 Foreigner may not be your ordinary love ballad-producing rock band, but by far, their biggest hits can be traced back to those sweet love songs. Releasing their first album back in the 70s, from then on, they conquered the world as one of the best-selling rock bands of all. Below, we’ll present some classic love songs to you, and we’ve also added some of Foreigner’s greatest hits in case you’d ever want to jump on the Foreigner ship. Have fun!

This soft rock song is included in the band’s 1987 LP Inside Information. The song peaked at no. 5 on the charts, becoming the 3rd song of Foreigner to reach the US Billboard Hot 100.

This hard rock is something worth thinking about its meaning as Lou Gramm leads you to think that maybe he wants some good love from you. “Hot Blood” is a sexual song, but it might be more than what the people assume it is.

Certainly, a fan favorite and one of the biggest hits from the band, “Waiting for A Girl Like You” is a power ballad with a distinctive synthesizer theme that you’d surely get hooked on. Lou Gramm sings to us about his dream woman that he’s been waiting for his whole life.

The song is often mistaken as a song for being drunk or getting high, but vocalist Lou Gramm explained that it was all about the New York Rangers’ John Davidson getting knocked by one of his opponents. He had to get out of the game as he was suffering a “double vision,” and that’s how the band got the idea.

If you don’t know this song or haven’t heard this one, then you’re missing out on these silly love songs. It’s your ideal dreamy, hypnotizing, pop song that you’d surely want to sing your lungs out.

Perhaps the song to describe the experimental and funky side of the band, “Urgent” is released as the first single from foreigner’s AOR 4, which became one of their greatest hits.

This debut single of Foreigner surely made the rookie band skyrocket toward their fame. It was written by Mick Jones way before he created Foreigner, telling the listeners his newfound experiences: remarrying, moving to another continent, and forming his band.

“I Have Waited So Long” is included inside the band’s sophomore album Double Vision. Mick Jones takes the lead vocals on this lovely track.

“Juke Box Hero” is no ordinary song from Foreigner, who tells us about a boy’s epiphany after he couldn’t attend his idol’s concert and decided to learn the guitar which eventually has given him a chance to musical stardom. Fast forward, as he was at one of his concerts, he saw a fan waiting at the stage door, and that’s how he’s reminded from his beginning.

There’s nothing worth scrutinizing this Foreigner track which contained an epic piano introduction. It’s intense and gutsy, something that’s quite typical from any of the group’s songs.