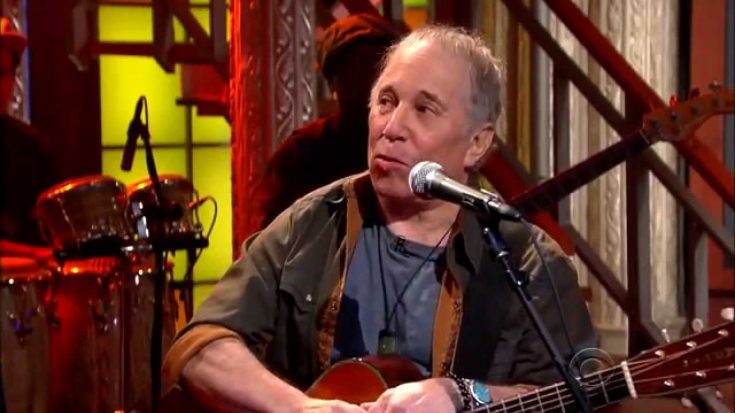 Considered as one of the greatest songwriters of our time, Paul Simon knows how to make music suited for every scenario in your life. The other half of the iconic music duo Simon & Garfunkel, they chase the light of the day, until they called it quits in 1970s. Paul then managed to hold his career all on his own, making him one of the best solo artists of the century. Below, we’ll take you on a nostalgic tour on some of his greatest work, proving to everyone that his legacy will remain for many years to come. Enjoy!

The name was inspired from Kodak’s reversal film brand named Kodachrome that were quite popular before. It’s a great song that tells us all about the joys from the colors of the world.

Paul likes to incorporate different styles to his music, which makes him so versatile and nifty. While thinking about the death of his family dog, he came across a unique title from a Chinese restaurant about chicken and eggs. That’s how he created the lyrics about pain and melancholy.

The catchy tune of this Paul Simon classic is here to ease your decision-making troubles away. The background vocals were provided by the Oak Ridge Boys who gave its soulful, gospel vibe.

The fourth track for his 3rd studio LP, “Something So Right” says about the moments when we feel like we are winning in life. Dozens of artists love to cover this one.

When Simon’s life was filled with problematic troubles and the likes, he took some time and explore Elvis Presley’s Graceland mansion, which prompted him to write a song about his failing marriage from actress Carrie Fisher. It became so widely popular after its release and gave Simon a Grammy for that year.

Simon is well eloquent about making a song that talks about being scared about aging and mortality. It’s also quite popular for its use of the Brazilian drumming collective Olodum.

This one classic song of his sparked long-term debates about the real meaning behind it. When Rolling Stone interviewed the singer upon its release, he mentioned that it might refer to a sexual activity, yet he didn’t bother caring about what it might be.

Simon may never have the power to change his past, but his talented mind could write something about altering it. “Rewrite” tells us about the story of his life that he’s ready to change, packed with the sounds of Wildebeests. Why? We don’t know.

The hit of nostalgia is too dense for this third single of his 4th studio album. Lots of fans were curious about who’s the person that Simon was referring to in his lyrics: could be his ex-wife, his ex-girlfriend, or even his ex-partner Art Garfunkel.

This one is highly praised for its distinctive tune and expressive lyrics about his early musical life. It’s groovy and fun to hear.