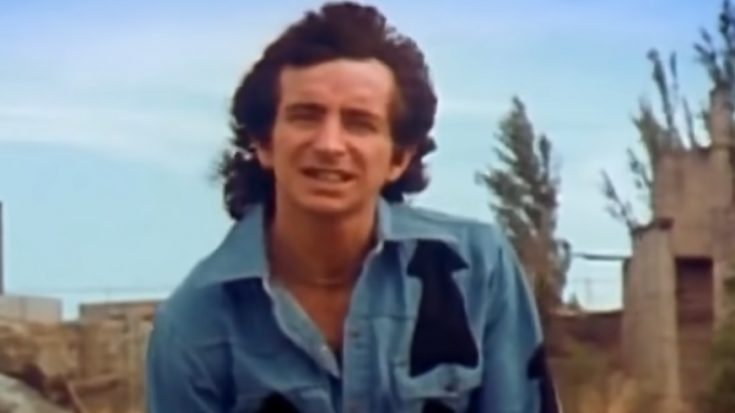 They say being a frontman for a rock band is easy – until you actually become one. There’s really no barometer to measure one’s capacity to front a band, as it really boils down to having it or not. But as a standard, one of the most highly regarded vocalists in the industry is AC/DC’s Bon Scott. The man was a powerhouse that fueled the hard rock act’s performances and really elevated their impact, only to be cut short by his untimely passing. Go through Scott’s short but successful career in this highlight rundown to get to know him better.

Scott did a lot of stuff during his early years, with music being just a fraction of it all. He joined the Fremantle Scots Pipe Band to play drums, and then went to college only to drop out soon. Scott did a handful of day jobs, including being a crayfisherman and a weighing machine mechanic. He was also notorious for spending time in a prison’s assessment center due to minor charges, which hindered his efforts to join the Australian army.

Starting off with his first band

He soon started to work on his vocals by emulating his idol, Little Richard. After taking on more odd jobs, Scott started his first band called The Spektors – but as a drummer with occasional lead singer duties. The group soon merged with another local act called the Winstons, resulting in a new group, the Valentines. They soon scored their first National 30 hit with the single “Juliette” but disbanded shortly after due to creative differences.

Scott moved to Adelaide where he joined a progressive rock band called Fraternity. The band released two albums, Livestock and Flaming Galah, before doing a UK tour in 1973 and changing their name to Fang. They also did supporting stints for bands like Status Quo and Geordie (of which future AC/DC frontman Brian Johnson was part of).

When Fraternity went into hiatus, Scott took a day job at a fertilizer plant and joined the Mount Lofty Rangers – a collective of musicians led by Peter Head by Headband. Head said, “Headband and Fraternity were in the same management stable and we both split about the same time so the logical thing was to take members from both bands and create a new one … the purpose of the band was for songwriters to relate to each other and experiment with songs, so it was a hotbed of creativity”.

Peter Head became instrumental in developing Scott’s ability to write songs. As explained by his Valentines bandmate Vince Lovegrove, “Bon would go to Peter’s home after a day of (literally) shoveling shit, and show him musical ideas he had had during his day’s work. Bon’s knowledge of the guitar was limited, so Peter began teaching him how to bridge chords and construct a song. One of the songs from these sessions was a ballad called ‘Clarissa’, about a local Adelaide girl. Another was the country-tinged Bin Up in the Hills Too Long, which for me was a sign of things to come with Bon’s lyrics; simple, clever, sardonic, tongue-in-cheek …”

In a rehearsal of the Mount Lofty Rangers, a drunk Scott had an argument with a member and stormed out of the place on his motorbike. He met an accident and suffered serious injuries and was in a coma for three days while confinement went as long as 18 days. Lovegrove and his wife helped Scott get up from his slump by giving him odd jobs in their office.

Lovegrove was instrumental in introducing Scott to AC/DC, who were in the search for a new lead singer. “There was a young, dinky little glam band from Sydney that we both loved called AC/DC … Before another AC/DC visit, George Young phoned me and said the band was looking for a new singer. I immediately told him that the best guy for the job was Bon. George responded by saying Bon’s accident would not allow him to perform, and that maybe he was too old. Nevertheless, I had a meeting with Malcolm and Angus, and suggested Bon as their new singer. They asked me to bring him out to the Pooraka Hotel that night, and to come backstage after the show. When he watched the band, Bon was impressed, and he immediately wanted to join them, but thought they may be a bit too inexperienced and too young. After the show, backstage, Bon expressed his doubts about them being “able to rock”. The two Young brothers told Bon he was “too old to rock”. The upshot was that they had a jam session that night in the home of Bon’s former mentor, Bruce Howe, and at the end of the session, at dawn, it was obvious that AC/DC had found a new singer. And Bon had found a new band,” he shared.

Former lead singer Scott Evans was booted from the band due to differences and internal conflicts, which gave Scott the chance to enter the fray. He worked as a chauffeur for the band until they opened an audition that landed him the position. The band would soon release High Voltage in February 1975, which was their first Australian LP. Other albums soon followed, like Powerage and Let There Be Rock, pushing the band further into the big leagues.

AC/DC’s sixth album, Highway To Hell, is released in 1979. This became a big hit for the band and showcased their competence in the hard rock scene, especially highlighting Scott’s showmanship. It was the band’s first album to break into the Us Top 100, landing #17 upon release.

Tribute to a Legend

Scott died in February 1980, just days after writing and contributing to material that would appear on the 1980 album, Back In Black. AC/DC initially considered disbanding, but realized that Scott would have wanted them to continue, so along with the Scott family’s blessing, the band continued with new vocalist Brian Johnson in tow, whom Scott spoke highly of.