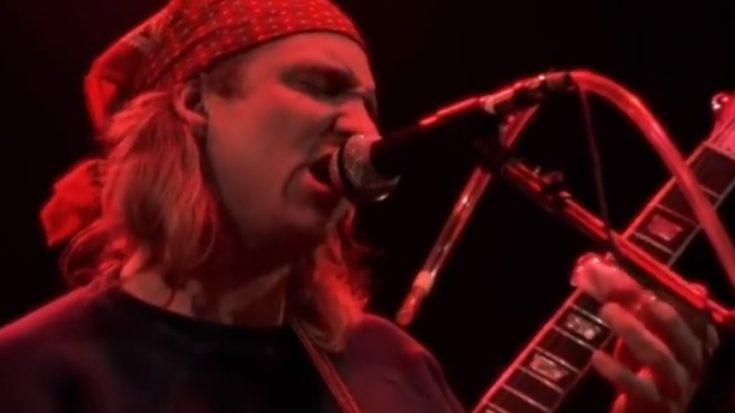 Joe Walsh. When you hear that name, what crosses your mind first? The Eagles? James Gang? Whatever it may be, Walsh is a force to be reckoned with considering his valuable contribution to rock music history. With his songwriting being complemented by his guitar skills, Walsh has wowed the crowd countless times without fail. With that, here are some of the best Joe Walsh cuts that defined his career.

Walsh wasn’t scared to explore new musical territories, as evidenced in the song “Waffle Stomp”. With leanings to electronic music, the track did feel synthetic but in a good way, accompanied by Walsh’s incredible guitar and humorous writing.

While most are already acquainted with Walsh’s comic lyricism, “Life of Illusion” has the rocker mellow down for a bit to lend his perspective of life. The subtle acoustic arrangement is accented with horns and a slide guitar to deliver the complete Walsh package.

Another track that showcases Walsh’s ability to write in a reflective lens is “Help Me Through The Night”. He is joined by the Eagles in the recording for vocal harmonies, which led to the track being a staple during their shows in the later years.

A tried and tested classic rock staple is from Walsh’s days with James Gang, represented by the song “Walk Away”. Doing most of the work on it, Walsh is also credited for the clashing guitar parts by the song’s conclusion.

“The Confessor” is one of Walsh’s heaviest songs written to date, not only in the musical sense but in the lyrics as well. Here, Walsh dishes out his inner pain with the help of a searing blues guitar playing that could never be reproduced by anybody else.

Originally intended to be a solo Walsh recording, “In The City” was heard by the Eagles and won their hearts that it just made sense to record their own version of it. Though fundamentally similar to each other, the Eagles cut is more known and is often a requested cut in the band’s live shows.

One might expect “All Night Long” to be a country song due to its inclusion in Urban Cowboy’s soundtrack, but Walsh’s songwriting is just as scathing as his previous works. Paying homage to graveyard shift workers everywhere, it didn’t take long for this tune to take root in pop culture.

It’s a shame that James Gang doesn’t get the credit it deserves for dishing out pioneering classic rock with the help of Walsh’s creative process. “Funk #49” boasts an intense rhythm section courtesy of an irresistible riff and powered by thumping dynamics of its percussion.

Joe Walsh’s party animal status is no secret to fellow rockers and fans in general, but he pokes fun at his own antics via “Life’s Been Good”. It’s one of Walsh’s most synchronized compositions carrying a relaxed structure while dishing out satirical lyrics of his rock and roll lifestyle.

A top Joe Walsh cut, no arguments, “Rocky Mountain Way” shows off the rocker’s penchant for gritty blues chords reflective on his guitar playing in this track. More than that, the talk box is also featured to take the song to even greater heights.