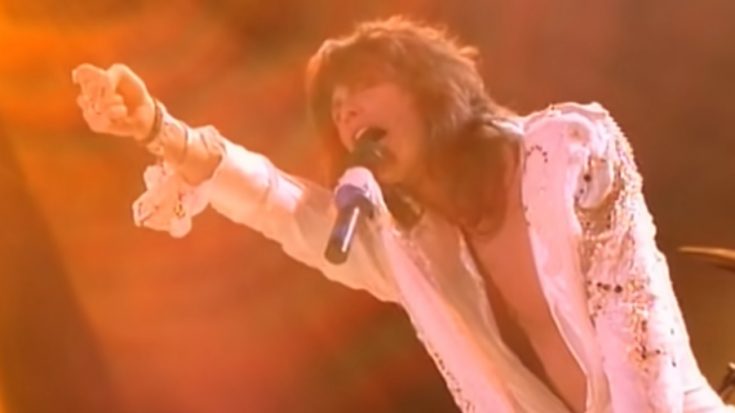 It’s a known fact that more than being rambunctious rockers, Aerosmith is known for writing some of the best content in rock music history. The main songwriting duo of the Toxic Twins, Steven Tyler and Joe Perry (sometimes being assisted by bandmates and outsiders), has powered the band’s material over its extensive career. From pure fun-loving songs to more serious topics and commentaries, here are some of the most interesting facts the bad boys from Boston have in their songs.

On the 1975 song from Toys in The Attic, “Big Ten Inch Record”, one can already deduce the double entendre meant by Tyler from the title itself. It was supposed to refer to blues vinyls that were 10-inch, 78 RPM records, but also connotates a sexual message, as evidenced by the line “Suck on my big 10-inch.”

One of the leading cuts from Aerosmith’s self-titled debut, “Dream On”, was a work in progress for Tyler, taking him six years to complete the song. He said that his father – who was a classically-trained musician – was instrumental for the creation of the song, as the 3-year old Tyler often lie underneath the piano and listen to his father play. “That’s where I got that ‘Dream On’ chordage,” he said.

“Dude (Looks Like a Lady)” is one of Aerosmith’s songs that wasn’t written internally – they did it with the help of Desmond Child. It is about wanting to have sex with a dude even after discovering that he is a man. Child said the band was afraid of offending the LGBT community at that time, saying, “If you think about how far back that was, it was a very daring song to sing, and everyone went with it. It’s not like the polarized society we have now, because that was before gay people really started fighting for their rights and nobody cared about it and everyone thought that they could make fun of us. So they accepted the lyric, and not only that, went for it. (Laughs) I don’t know if anyone has looked deep enough into the song, but it’s a very accepting song, and it has a moral that says never judge a book by its cover, or who you’re going to love by your lover.”

“Janie’s Got A Gun” from 1989’s Pump album was one of the most serious topics Tyler has ever written on about – child abuse, especially the assault and sexual ones. He got the idea from handgun death statistics in the US after reading a Time magazine article, then “got off on the child-abuse angle. I’d heard this woman speaking about how many children are attacked by their mothers and fathers. It was f—ing scary. I felt, man, I gotta sing about this. And that was it. That was my toe in the door.”

Looked Down upon by Critics

1974’s “Lord of The Thighs” was a play on words for Lord of the Flies, which was a 1954 novel by William Golding that later had film adaptations. Tyler said, “The critics hated us for this. We weren’t supposed to be smart enough to use literary references.”

On the band’s self-titled debut was the powerful cut that became a future concert staple, “Mama Kin”. Tyler used one of his earliest songwriting techniques on this one, taking Tuinal pills and scatting into a recorded as Joe Perry played guitar alongside. He would then listen to the playback afterward and add real words to his scat sounds.

Taxes helped him write a song

Tyler wrote “Seasons of Wither” during wintertime of 1973 where he was staying with drummer Joey Kramer. He was inspired by the melancholic landscape and how everything sounded and was pissed off about his taxes, so he started writing to keep calm himself down. He took a few barbiturates and used the guitar Kramer got from a dumpster, saying, “It could only take four strings because the neck was bowed. You could shoot arrows with it.”

Getting Away with Double entendre

One of their most famous songs, “Walk This Way” was written so well that it enjoyed extensive airplay even if it talked a lot of sex in it. “‘Walk This Way’ came out all at once. If you listen to the words, they’re all really filthy. If you listen closely you’ll hear that I disguised it quite cleverly,” Tyler said.

Rising From The Ashes

“Amazing” was written with the help of Richie Supa, a collaborator of the band in the ’70s. Supa was jailed for three years due to cocaine possession, and once he was set free, he went to an Aerosmith concert to meet with Tyler while bringing an eight ball of cocaine with him. He didn’t realize Tyler had gotten clean already and was booted from the venue after being told by Tyler to come back after a year of sobering up. He did, sending his Alcoholic Anonymous medallion as proof. When they talked on the phone about how they managed to curb their habits, Tyler exclaimed,  “Isn’t it amazing?” which served as inspiration for the song.

1976’s “Last Child” has lyrics inspired by the band’s touring life, especially when a tour was heading to a close. They refrained from having any sex as a courtesy, as they didn’t want to bring any diseases home with them.