1 Year Ago: ‘Through The Years: The Best Of The Fray’ Is Released, And The Fray’s Legacy Comes Full Circle 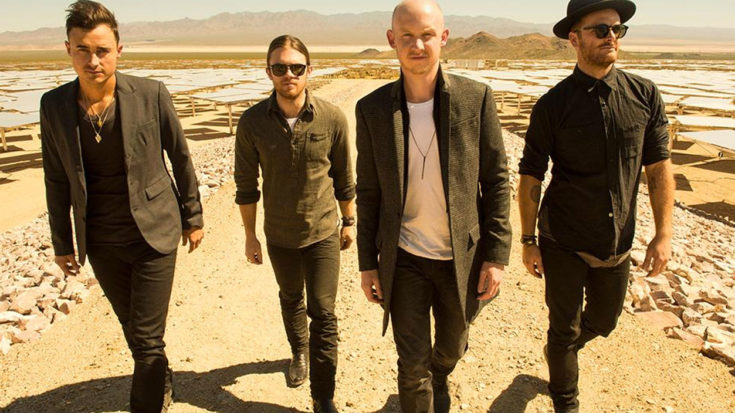 Happy Birthday, Through the Years!

Where too many artists and bands often write themselves into corners with retrospective albums that look back without much regard for what lies ahead, Colorado natives The Fray took a hard left from the beaten path with the November 4, 2016 release of Through the Years: The Best of the Fray.

A greatest hits album that finds The Fray offering up nine career spanning classics for the most discerning of fans to fall in love with all over again, Through the Years also offered three brand new, never before heard tracks including the moody, atmospheric “Singing Low” that upon its debut during The Fray’s 2016 summer concert series hit fans like a freight train, took hold of something in them and refused to let go, and it’s easy to see why “Singing Low” is so fiercely loved by fans around the world: it’s a stellar example of everything we’ve ever loved about Colorado’s finest.

Bearing The Fray’s hallmark deeply introspective lyrics, airtight harmonies and impossibly smooth sound, “Singing Low” is as much a culmination of everything that’s come before it as it is an indication of where they want to go; synths and drums humming and chugging away quietly in the background highlight the shimmering guitar work punctuating singer Isaac Slade’s glycerine smooth vocal runs, taking us to a time and place both foreign and familiar to us at the same time.

The Fray aren’t just your regular, run of the mill Hot 100 musicians – with influences ranging from Nine Inch Nails and Bush to The Wallflowers and U2 and near surgical precision, The Fray crafted Through the Years and every album before it from the bits and pieces of the sounds that drive them for a final product that shows us where they’ve been and more importantly, where we’ll see them in future of music: at the top.

The Fray’s latest album ‘Through the Years: The Best of the Fray’ is available now on Itunes, Amazon, and Google Play for Android users. Get it now!